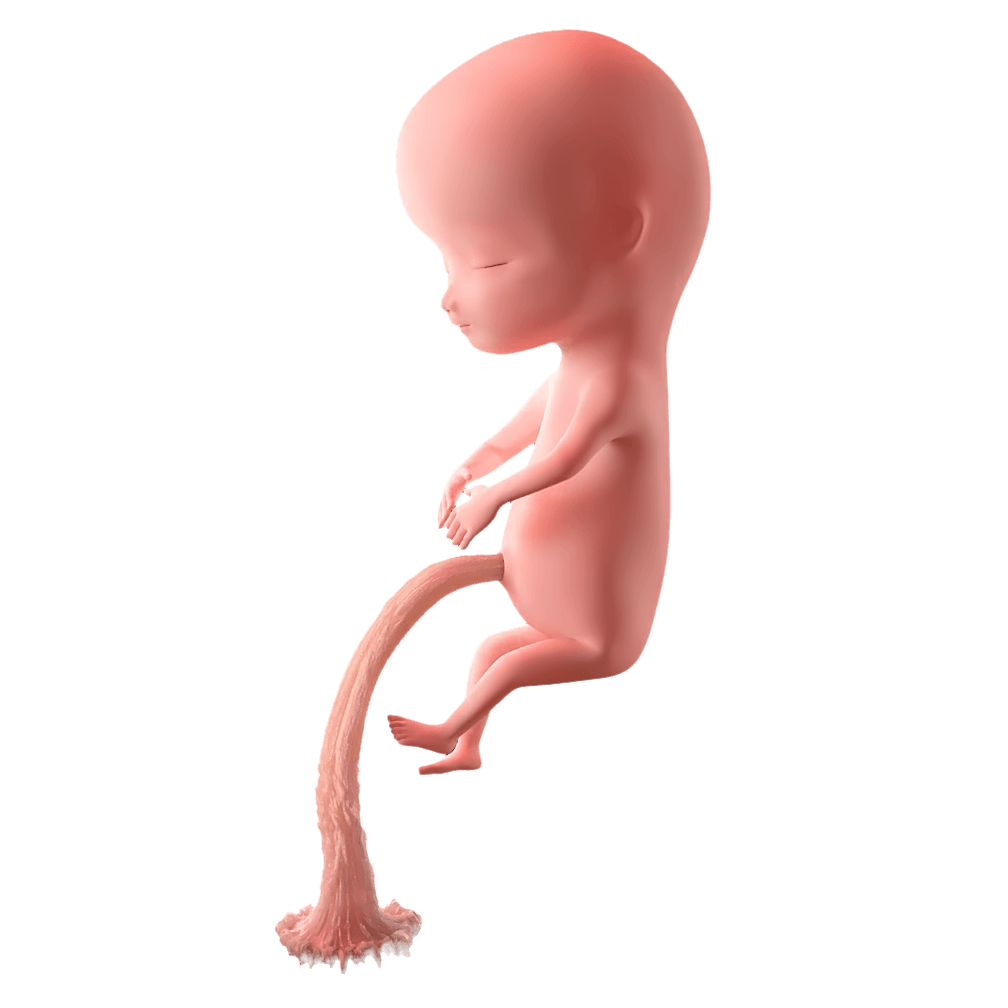 This week, the fetus grows rapidly and increases his body weight by over 50%.4 The fetus’s body finally starts growing faster than his head,5 and his arms become more proportional with the rest of his body.6  Starting in the next few weeks, babies start growing at different paces, with some faster than others. Nevertheless, they all follow the same developmental path. This week, the fetal intestine develops villi, finger-like structures that increase the surface area in the intestine so that it can absorb more nutrients. The cells in the intestinal walls have been absorbing water and glucose for over a week, but the villi make this process more efficient.7

When scientists studied ultrasounds of fetal movements 12 weeks after conception, they found that the fetus has goal-directed movements toward her own eyes and mouth as well as the uterine wall. Before this age, the fetal movements were jerky and ballistic, but now the hands slow down as they approach their target. Furthermore, if the fetus has a twin, some of her movements will be directed towards the twin as well.8 Additionally, the fetus moves more gently when reaching towards her twin’s face.9 Similarly, by 16 weeks after conception, the fetus will reach for her eyes and mouth faster and with greater precision when she uses her dominant hand.10

Dive Deeper
Viral Transmission in the Womb: Zika and Coronavirus
Why do some viruses, like Zika virus, infect the unborn while others, like COVID-19, rarely do...
Read More
COVID-19 Vaccines
Several COVID-19 vaccine candidates used abortion-derived cell lines in laboratory testing
Read More
Previous Stage
Next Stage
Back to The Voyage of Life
Get updates on life issues
Sources
See Full Bibliography