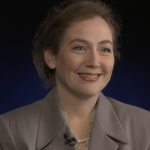 The recent systematic review published by Gabrielle Saccone and colleagues joins the long list of over 150 studies over the past four decades which extensively document that having an induced abortion increases a woman’s risk of preterm birth in subsequent pregnancies.   Saccone et al. clearly document again what other authors have repeatedly published; a fact also acknowledged by the Institute of Medicine (IOM) in their report on preterm birth in 2005.  However, unlike the IOM, who hid the association on page 625 in Appendix B, Saccone places the facts in the open: “Prior surgical uterine evacuation for either I-TOP [induced termination of pregnancy] or SAB [spontaneous abortion] is an independent risk factor for PTB [preterm birth].”  Translated, that means any time the womb of a pregnant woman is forced open, there is a risk of damaging the opening of the womb.

When the opening of the womb is damaged, the womb cannot withstand the increasing pressure caused by the growing unborn child in the next pregnancy after the abortion.  So, the pressure from the growing child causes the damaged womb to open early — sometimes so early that the wanted baby cannot survive at all, or is born severely premature, requiring prolonged hospitalization.  Over one in 10 babies in the U.S. are now born prematurely, and this is three times more common in Black women, who also have three times the abortion rate as Caucasian or Hispanic women.  Saccone et al.’s conclusion strongly reinforces the clear association of elective abortion and preterm birth in subsequent pregnancies, and the authors state correctly that their “data warrant caution in the use of surgical uterine evacuation.”

However, Saccone and colleagues also conclude that their data “should encourage… medical methods,” alluding to potential use of abortifacient drugs.  A careful analysis of their paper reveals that their own data discourage use of “medical methods”.  In their discussion on “medically induced termination of pregnancy,” the authors state that they only included three studies in their analysis of the outcomes of women after medical termination of pregnancy.  Those three studies involved 10,253 women, which sounds large.  However, the third paragraph of this section reveals that the actual number of women who were examined for subsequent preterm birth after medical abortion was only 890 women.

“All 3 of the studies were a prospective cohort and enrolled only women with just 1 prior medical I-TOP.  One study reported only data about placental complications as outcomes, and so only 2 studies with 890 women were included in the pooled results for the primary outcome.”

Further, the women in these studies only had a single medical abortion, so none of the results from these tiny studies are generalizable to women who have had more than one medical abortion.

“This study suggests a possibility that medical mid-trimester TOP with misoprostol increases the risk of preterm or very preterm delivery in a subsequent pregnancy but larger studies are needed to confirm or dismiss this.”

“a history of late abortion or previous preterm delivery was significantly more frequent among cases than controls.  Forty (16.3%) cases and 56 (11.5%) controls had a history of cervical ripening with misoprostol before vacuum curettage or evacuation, or of medical abortion by misoprostol alone or with mifepristone (OR 1.51, 95% CI: 0.95–2.39; p = 0.08).”

Winer and colleagues report no statistically significant difference between cases and controls, but let’s look carefully at these results.  If 11.5% of CONTROLS had a history of exposure to misoprostol for cervical ripening, or a history of medical abortion, then this is a tainted control group and it does not provide a true comparison between exposure (medical abortion) and no exposure.  One cannot make a responsible conclusion that medical abortion does not increase the risk of preterm birth as compared to “normal” when the control group itself includes women who have had a medical abortion.

Surely Saccone and colleagues must be aware that they cannot scientifically conclude that medical abortion does not pose risks as great or greater than surgical abortion, especially on the basis of the studies that they have quoted.

While Saccone and colleagues are forced to admit the obvious, their attempt to spin a reassuring story for elective abortions with mifepristone and misoprostol does not hold water.  And to encourage increased use of drug-induced abortion on the basis of the data in this meta-analysis is not only scientifically invalid and misleading to the reader, it is scientifically absurd.

Donna Harrison, M.D. is a board certified obstetrician and gynecologist and Executive Director of the American Association of Prolife Obstetricians and Gynecologists (AAPLOG). Dr. Harrison is also an associate scholar for the Charlotte Lozier Institute.