Washington, D.C.  – Today the U.S. Centers for Disease Control (CDC) released new data on abortion rates in 2018. The report generally comports with the preliminary survey of 38 individual state reports released by the Charlotte Lozier Institute (CLI)  in September 2020. CLI’s report similarly found a small increase in the aggregate number of abortions across the country and went deeper to analyze in which states this increase is predominantly occurring and suggest why the increase is happening. CLI noted that surgical abortions continue to decline while in many states large increases have occurred in chemical abortion procedures. Specific findings include:

“These trends bear watching, particularly given the efforts by abortion advocacy organizations to distribute abortion-inducing drugs later in pregnancy, to underage girls, with reduced or eliminated enforcement of the Food and Drug Administration’s risk mitigation requirements, and even “no test” protocols that dispense with medical confirmation of pregnancy, detection of ectopic pregnancies, or Rhogam testing.

“We may be experiencing a new surge in abortions, particularly in the fear-driven environment created by COVID-19 and the expansion of telehealth distribution of abortion drugs. CLI recently released its biennial report on pregnancy help centers, highlighting how they are increasing medical services and maintaining in-person services with pandemic protections in place.  Ironically, this is happening as the abortion industry continues to downplay the need for medical advice and contact with women seeking answers to unexpected pregnancy.  Now is not the time to make such immense decisions under a cloud of fear without access to the best care possible.

“It remains unfortunate that little or no data continues to be available for key jurisdictions with high abortion rates, including California, New Jersey, Maryland, and the District of Columbia.  We continue to urge these jurisdictions to act in cooperation with their peers and to share information with the CDC and private researchers. There is no individual or public health excuse whatsoever to withhold such crucial information from the nation.” 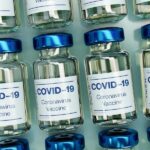