A Path Forward for Men Affected by Abortion 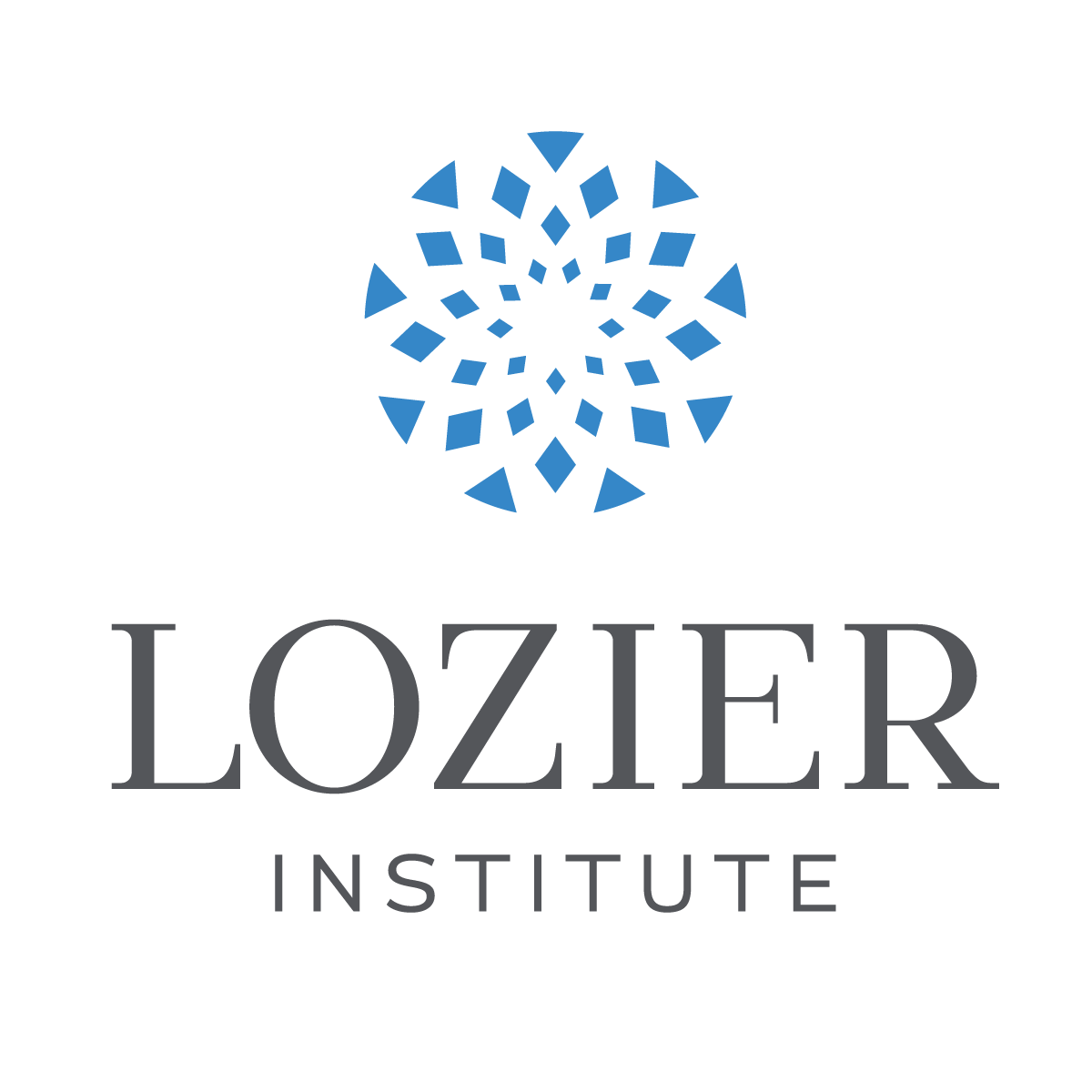 “Remembering Thomas,” an article written by Washington Post staff writer Phil McCombs and published in that newspaper on February 3, 1995 (page D5) remains strong in memory  more than 25 years later because of its raw honesty and candor.  In the article, subtitled “Responsibility, Guilt, and a Child Who Never Was,” McCombs admits to having readily agreed to the abortion of his unborn child.   Consulted in “an open fashion” by the woman whom he had impregnated, McCombs “urged her along the path of death” and soon thereafter “skipped town.”   When the abortion took place, McCombs writes, “I was out of town on business, too. I made sure of that.”

McCombs laments: “For some instinctual reason, or just imaginatively, I have come to believe that it was a boy, a son whom I wanted killed because, at the time, his existence would have inconvenienced me. I’d had my fun. He didn’t fit into my plans.”  The author decries his behavior at the time of abortion as “craven, immoral,” adding, “I feel like a murderer.”  He later gives his unborn child the name Thomas, “carved on my heart.”

The Washington Post writer then reveals a prescient understanding of the fact that he is likely not alone in his feelings as a male who was involved in an abortion.   The United States was reporting approximately 1.5. million abortions annually at the time. “That’s a lot of pain,” observes McCombs.

“Unraveling the Roots of Men’s Trauma” is thus a befitting title for an upcoming virtual conference and retreat offered by the nonprofit organization Support After Abortion on Saturday October 16, 2021, from 9:00 AM to 4:00 PM Eastern Standard Time.  The online event constitutes a low-risk, high-reward opportunity for men to learn more about how abortion affects them, and how men who have been involved in abortion can find solutions to their varied feelings of shame, anger, hurt, frustration, and relationship trauma.

Featuring more than a dozen pre-recorded and live speakers from diverse races, religious affiliations, and walks of life, the conference will allow for private exploration of resources for men, as well as opportunities to interact and ask questions. Many of the speakers are themselves men or women who have experienced abortion; all are thoroughly mindful of the fact that – for men – identifying, articulating, and overcoming the deep pain of abortion can be particularly problematic.

Speaker Chris Rainey is direct: “I am not a doctor, psychiatrist, psychologist or a psychotherapist. I’m not even a pastor. I am, however, passionate for the unborn and acutely aware of the emotional fallout and baggage resulting from an abortion experience. I am a post-abortive father. . . . Just as one post-abortive individual shared and guided me through the process of forgiveness and healing, I wanted to seek opportunities to do the same for others with similar experience.”   Rainey eventually wrote a book called Healing the Father, to provide what he, as a man, would like to say and hear.  Rainey’s talk planned for October 16 bears the same title and will offer the same approach.

Licensed clinical social worker Lisa Rowe, who is chief executive officer of event sponsor Support After Abortion, will discuss the vision of the conference as a resource and opportunity expressly for men affected by abortion.  Other presenters include licensed therapist Greg Hasek, who will explain how men heal and process trauma differently than do women. This includes how men react and heal differently than women following the loss of a child. Indeed, while research in this area is limited, studies have shown that men are more likely to internalize or deny their grief, or attempt to distract themselves rather than speak about their experience (Kersting et al., 2012).  Experience of an abortion within a current relationship has been associated with 116% and 196% increased risk of arguing about children for women and men, respectively (Coleman et al., 2009), a much stronger finding in men than women.

Other research on perinatal loss, generally, suggests that men are more likely to exert control over painful emotions and cope in a more solitary manner, with men suffering a sense of failure that involves their identity and role as a family protector (Wing et al., 2001).  Accordingly, several presenters at the October 16 conference will explore overcoming feelings of failure, anger, and shame associated with abortion and other traumatic life experiences.   Former Syracuse University athlete and former NFL offensive lineman Lou Alexander will address issues of manhood and masculinity as an individual who grew up in a fatherless home and who one day found himself broke and without a job.  Fellow NFL athlete Jajuan Michael Harley will discuss how “It’s OK not to be OK,” sharing his first-hand experiences dealing with trauma as a young man.  Conference participants will have opportunity to hear how Harley persevered through poverty, trauma and loss to reach the NFL and attain a successful entrepreneurial career and married family life.  His presentation will be followed by a live Q&A.

Pastor Marc Little will offer “The Strong Man – An Invitation to Healing,” which is designed to address the pain and shame associated with abortion and to help take information learned at the conference from one’s head to one’s heart, where real healing can begin.  Fr. Shawn Monahan, a Roman Catholic priest with the Oblates of the Virgin Mary in Boston, will highlight the path to healing broken hearts – “a path that requires the grace of acknowledging one’s own brokenness so one can turn to the Father of Mercies and experience His merciful love, which always heals, restores and reminds us of who we truly are, His beloved.”

Indeed, here it may be fitting to note again that a once- “craven” newspaper reporter now carries in mind forever his forsaken son Thomas and keeps his name “carved on my heart.”  How much more, then, can would-be participants in the October 16 “Unraveling the Roots of Men’s Trauma” trust in the goodness of their perfect Father in Heaven, who has inscribed them in the palms of His hands (Isaiah 49:15-16).  The invitation to healing – with both pastoral and professional help, and in a private online setting – is worth signing up.

Teresa Donovan, M.P.H., is an associate scholar with the Charlotte Lozier Institute.

“Loss of an infant during pregnancy can clearly deeply distress a woman and put strain on her relationship with the father, but it may also have a distinct psychological impact on the grieving father. Although it may seem predictable that fathers are also affected by the loss, there has only been a limited amount of research in this field. . . . The men in this study were also found to internalize and deny their grief, or attempt to distract themselves rather than speaking about their loss.47” [While not a study focused on elective abortion, this article includes pregnancy termination among perinatal losses].

“For a man, the sense of failure often involves his identity and role as a family protector…. fathers generally exhibit more denial than mothers…. Common findings indicate that women tend to use more expressive and process-oriented forms of coping, while men exert greater control over the expression of painful emotions and cope with such emotions in a more solitary fashion…. and preoccupy themselves…. Discordant coping has been found to be strongly associated with increased marital distress and communication difficulties . . . https://www.paulineroseclance.com/pdf/Wing_Bereavement.pdf  [While not a study focused on elective abortion, this article provides much insight into major differences between men and women when processing a perinatal death]. 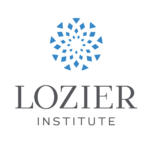 Does Banning Abortions After 15 Weeks Make Any Sense?