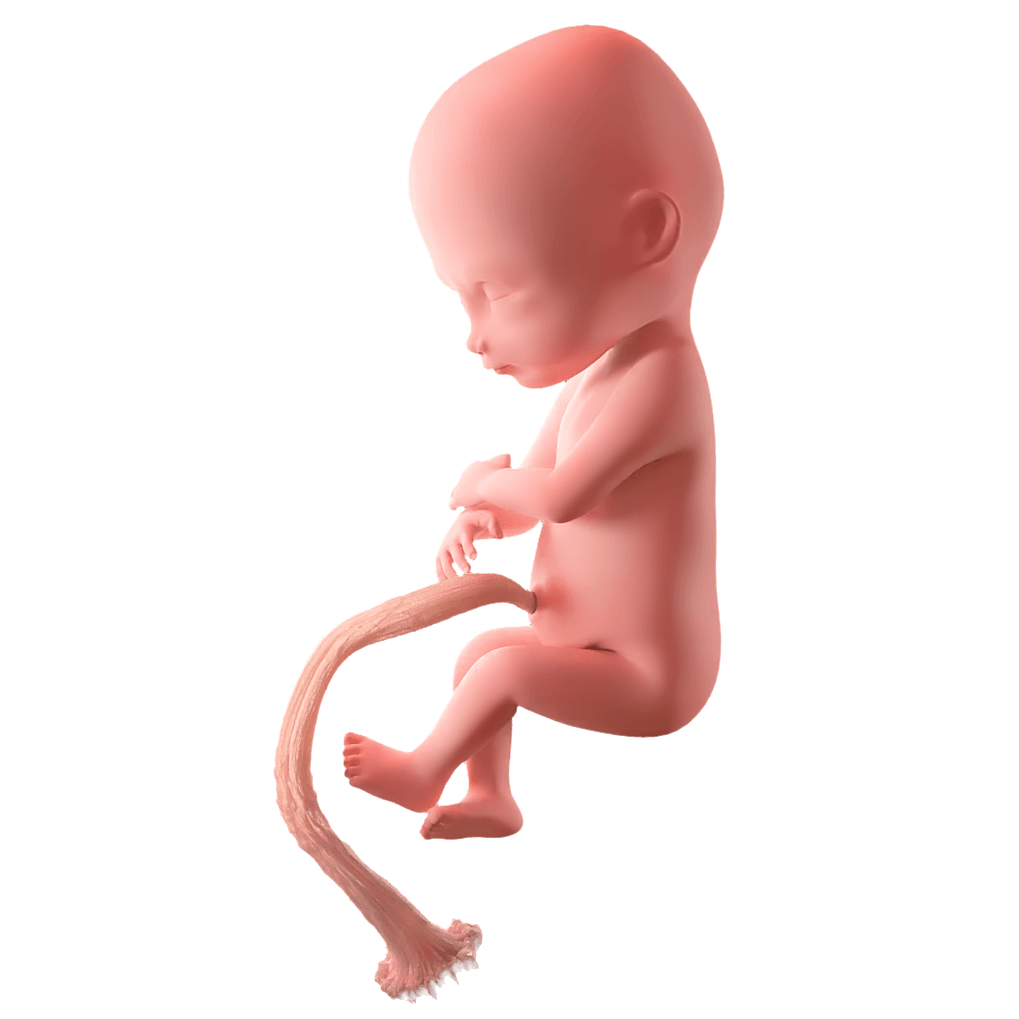 Preparing for life outside the womb

Starting in the fifth month, the fetus’s movements and breathing follows a daily cycle, called a circadian rhythm.5 Interestingly, fetal activity, especially breathing movements, increases about two hours after the mother eats, and then starts to decrease.6 The fetal heart rate follows a daily pattern as well.7

By examining continuous ultrasounds of fetuses between 18 and 38 weeks after conception, researchers found that the fetus shows periods of wakefulness, and that she sleeps in cycles of about 45 minutes, or half the length of an adult sleep cycle.8

In females, the number of future eggs in the ovary peaks around 7 million at 19 weeks after conception. After this, the ovary essentially stops creating oogonia, and about 5 million of these cells die before birth. The remaining oogonia produce several thousand primary oocytes, or egg cells.9 Every detail of the human face comes together with flawless precision, following the genetic blueprint laid forth in the zygote. (Image Credit: Priests for Life)
Dive Deeper
Saving Extremely Premature Babies
Treating children at 21 weeks after conception has become more commonplace...
Read More
Previous Stage
Next Stage
Back to The Voyage of Life
Get updates on life issues
Sources
See Full Bibliography