The Future of IVF’s Genetic Testing? 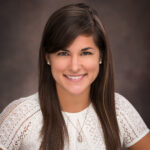 In opening scenes of the sci-fi thriller Gattaca, the viewer meets a couple who decides to conceive their second child by In Vitro Fertilization (IVF), which has become the “natural” method in this futuristic society. They are told by the scientist who created, screened, and edited the DNA of their embryos, “This child is still you, simply the best of you. You could conceive naturally a thousand times and never get such a result.” Such scenes are meant to shock us. And yet minus the gene-editing, this kind of comprehensive genetic screening and evaluating of embryos before implantation could well become the norm for parents seeking to conceive via IVF. A startup company called Genomic Prediction, founded this year in New Jersey, will soon launch a new pre-implantation genetic test which will offer extensive screening of human embryos and create reports that predict their genetic future, from height to risk for diabetes. These statistical genetic forecasts will allow IVF doctors to offer parents a presentation not unlike that in Gattaca. In fact, one of the founders and CEO of Genomic Prediction, Laurent Tellier, hailed the film as his inspiration.

Genomic Prediction’s flagship product is called Expanded Pre-Implantation Genomic Testing, or EPⓖT, and it will be released in 2018. Like current pre-implantation tests, EPⓖT will screen embryos created in vitro for over 300 single-gene disorders. The groundbreaking aspect of the test is the use of polygenic risk scores to predict a variety of complex diseases and genetic abnormalities, previously undetectable.  Polygenic scoring will supposedly allow EPⓖT’s report to flag the embryos who are most likely to possess genetic abnormalities, embryos they call “outliers.” These embryos, according to their software algorithm, have higher risks for complex diseases such as diabetes, schizophrenia, autoimmune disorders, and even dwarfism and late-life osteoporosis.

The technology behind EPⓖT’s genetic predictions is a combination of DNA testing, DNA databases (medical records and DNA from population studies of hundreds of thousands of adults) and computer modeling. Polygenic scoring has demonstrated accuracy in adult testing and is currently used for cattle breeding to predict the amount of milk cows will produce. The company calls EPⓖT a “fundamental technological advance,” and the “most comprehensive genetic testing product ever created.” Tellier told MIT Technology Review, “We believe it will become a standard part of the IVF process.” Another founder of the company and board member, Stephen Hsu, also predicted that “billionaires and Silicon Valley types” are to be the first to use their technology. The rest of society will catch on after seeing their healthier, more exceptional children, he says.

At its current stage, the databases supplying the genetic information are incomplete, needing data from more diverse populations, and the accuracy of the models for each disease must be proven, but if/when this is completed, there are currently no laws or regulations in the U.S. keeping IVF physicians from using EPⓖT for this new wave of eugenic, lethal discrimination. “The United States is the Wild West of the fertility industry,” explained Marcy Darnovsky of the Center for Genetics and Society. Current federal law does require fertility labs to report data on success rates, including pregnancy and live birth, to the U.S. Centers for Disease Control and Prevention (CDC), but does not require information on outcomes of current genetic testing practices or the discarding of human embryos who “fail” the tests. Not all clinics even report their success rates; 35 clinics did not submit data or did not have its data approved by the medical director for inclusion in the 2015 report. Of the clinics whose information is included in the report, not all were accredited. Amazingly, there appear to be no federal legal consequences if a clinic that performs assisted reproductive technology procedures does not submit its data to the CDC as required by law. The only consequence is that the CDC must identify these non-compliant clinics by name in its annual reports. There is also a total absence of regulations for pre-implantation genetic testing in the U.S., and these tests are currently used for sex-selection, “savior siblings,” and discarding embryos with Down syndrome, cystic fibrosis and other single gene and chromosomal disorders. To give a little regulatory perspective, consider that hair braiding, cat grooming, and interior design are regulated in the U.S. and those not in compliance face fines and even jail time. By contrast, scientists who create and discard human embryos for being of the wrong sex or having an extra chromosome face no sanctions whatsoever.

Nathan Treff, Genomic Prediction’s chief scientific officer, has type 1 diabetes. And so he has at times reminded his colleagues, “You know, if my parents had this test, I wouldn’t be here.” Peering into the genetic code of a human being gives the possibility for great healing but also great destruction. The extensive research and scientific rigor that have made genetic medical technology possible has required great technical effort, but technical application without regard for human dignity—using polygenic risk scoring to grade and degrade human embryos—is a questionable payoff for the scientific investment. Just in the past century, this idea of testing for “genetic superiority” and eliminating those who do not pass contributed to the horrors of Auschwitz and Dachau, to the genocide in Rwanda, to our own North Carolina sterilization camps, and lynching in the Jim Crow south. As our nation decides how to advance in this genetic age, the foundation of the debate must be the inherent, inestimable value and dignity of every human life. For the question of scoring and eliminating human embryos conceived by IVF, both science and reason clearly demonstrate our shared humanity with persons at the embryonic stage of development. You and I began our unique existence at this stage and were given our chance at life. How could we ever rightly obtain the power to deny this to others?

Caroline Savoie is a research associate for the Charlotte Lozier Institute.