The Overlooked Key to the Drop in U.S. Abortions 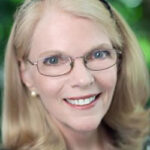 Download PDF here: On Point- Wills- The Overlooked Key to the Drop in U.S. Abortions

For those who believe in the infallibility of contraception, a decrease in abortions means one thing: contraceptives caused the drop. Earlier this year, a Guttmacher Institutei  study  announced a substantial, continuing drop in U.S. abortions. The study was designed to assess only two factors: whether (1) a decline in the number of abortion providers and/or (2) recent “restrictive” state laws were responsible for the declining abortion rates. But this narrow focus did not prevent the authors from concluding that contraception was responsible. Without needing to study the issue, or to substantiate this claim, the authors confidently stated that abortions declined because more women used contraception, used it more consistently, and shifted to more effective contraceptive methods.

It should be obvious that there are two ways to reduce unintended pregnancies that often lead to abortionsii:

(1) contraceptive methods of widely differing effectiveness (especially in the hands of teens)iii; and

If the authors had looked at the data, they would have discovered the following facts:

Many hard-to-quantify factors have likely contributed to the increased proportion of women with surprise pregnancies who are choosing to give birth. The technical clarity and ubiquity of ultrasounds have put a human face on unborn children. A growing body of research and the personal testimonies of women about their psychological and emotional suffering after abortion are gaining wider currency.viii Widespread media reporting of squalid clinics, maternal injuries and deaths in abortion clinics, and-public distaste for late-term abortions may be fueling a greater aversion to abortion. Several thousand pregnancy care centers are helping women access needed medical and social services, so carrying to term and raising a child no longer seems impossibly daunting. Finally, American culture no longer stigmatizes single motherhood. But what is clear—from the evidence that follows—is that more and better contraceptive use has not had a major impact on the abortion decline.

The Guttmacher researchers report a 38% drop overall in the U.S. abortion rate between 1990 and 2011—to 16.9 from 27.4 abortions per 1,000 women aged 15-44.ix The 2011 rate is the lowest since 1973 when abortion was legalized nationwide. The steepness of the decline varies considerably among different age groups, however. Between 1990 and 2010, abortion rates dropped by the following percentages among the indicated age groups: But how does one account for far lower pregnancy rates among teens than among women in their 20s? Certainly a higher proportion of pregnancies in the late 20s are “intended, ”but it’s also reasonable to assume that women in their 20s who wish to avoid pregnancy will use more effective methods of contraception and use them more consistently than will teenagers. If the decline in pregnancies were caused by women switching to LARCs (costing$700-1,000), it is not likely to have occurred among teens or even among most college students who are still on their parents’ insurance policies, although the Affordable Care Act (ACA) may change that. All contraceptive methods will be “free” under the ACA and contraceptive use will be kept confidential from parents.

Use of contraceptive methods

Contraceptive use is already approaching saturation in the United States:  89% of women aged 15-44 who are at risk of pregnancy are currently using a contraceptive method; nevertheless, 51% of pregnancies are unintended.xiv

The 12-month typical use failure rates (i.e., pregnancy rates) for these “highly effective” methods are as follows xvi:

Clearly, the nine out of 100 women each year who become pregnant while using the pill, patch or ring (n.b., effectiveness estimates for the ring and patch are sheer guess workxvii), may not consider this method “highly effective.” Nor would one consider condom use, with a failure (pregnancy) rate of 18/100 women each year, to be “moderately effective.”xviii In a 2009 study published in Contraception, other Guttmacher researchers reported that the effectiveness rate of withdrawal is 18 pregnancies/100 women/year,xix and the condom rate, 17. It does seem arbitrary to downgrade the withdrawal method to a “less effective” rating on the basis of only one additional pregnancy per year (a difference of 5.5%), especially when “highly effective” spans an inexplicably broad range of effectiveness.

Contraceptive use among teens   The 2011 Youth Risk Behavior Surveillance (YRBS) Reportxx states that the prevalence of only “moderately effective” condom use among the 33.7% of students who are currently sexually active increased to 60.2% in 2011, from 46.2% in 1991. Among currently sexually active students, the prevalence of contraceptive pill use “did not change significantly during 1991-2011 (declining from 20.8% to 18.0%), according to the YRBS Report. Figures were not provided for the change in use of more effective contraceptive methods (IUDs, implants, injections) between 1991 and 2011. But figures from the National Survey of Family Growth (NSFG)—which includes married and unmarried teens aged 15-19—did report an increase in the use of “highly effective” methods (pill, IUD, and other hormonal methods) among sexually active teens. However, the Centers for Disease Control and Prevention published an errata announcementxxi concerning that finding because “the analysis included some respondents who were using contraception but did not have sex during the interview month.” Excluding those students, “highly effective contraceptive use did not change significantly from 1995 … to 2006-2010….”xxii

The really startling change over the past decades has been in the number of  teens remaining abstinent far longer than in the past.xxiii

As noted earlier, abstinence is 100% effective, i.e., the failure (pregnancy) rate of abstinence is 0.0. So even a modest uptick in abstinence will yield significant declines in unintended pregnancies and abortions. While it is true that about half of pregnancies occur among women who are sexually active and not using any form of contraception, a 2012 study sheds light on prepregnancy contraceptive use among teens with unintended pregnancies who gave birth to their children.xxiv Of the 2,321 teen moms aged 15-19 whose pregnancy was unintended, at conception 21% were using contraceptive methods that were“highly effective” when they became pregnant, 24.2% were using “moderately effective” methods at the time of conception, 5.1% were then using “less effective” methods and 49.6% were using no method. These data add context to the labels “highly” and “moderately” effective.xxv

Much more could be written about the failure of contraceptive methods to live up to their promise. But, having disproven the Guttmacher researchers’ claim that more and better contraceptive use and a switch to highly effective methods is responsible for the drop in U.S. abortions, it would be misleading to leave the impression that unintended pregnancies and abortions ought to be eliminated by permanent or “temporary female sterilization” (how some proponents refer to IUDs and implants).

A 2013 National Health Statistics  Reportxxvi offers some revealing data: 99% of women aged 15-44 have used at least one contraceptive method at some point in their life; 88% have used a “highly effective, reversible method such as birth control pills, an injectable method, a contraceptive patch, or an intrauterine device.”xxvii Almost half of women have tried three or four methods;15% have tried five methods and 13% have tried six or more. Why do women switch methods so often? Generally, a lot of “user dissatisfaction.”

The pill: 30.4% of women discontinued using birth control pills. Their top reasons for discontinuing this method were: 62.9%—experiencing “side effects”; 11.8%—worried that they might have side effects; 11.5%—changes in their menstrual cycle; and 11.3% became pregnant.

Depo-Provera injection: 45.8% discontinued this method, citing the following top reasons: 74%—side effects; 30.5%—did not like changes in menstrual cycle; and 5.9%—worried they might have side effects.

Contraceptive patch: 48.5% discontinued this method, citing the following top reasons: 44.7%— side effects;11.1%—too difficult to use; 9.3%—feared the method would notwork; 9.3%— became pregnant; and 8.7%—changes in the menstrual cycle.

A 2002 Report included the following data on Norplant implant discontinuation: 41.6% of users discontinued this method, citing the following reasons: 70.6%—side effects; 19.3%—did not like changes in menstrual cycle; 9.2%—the doctor told her not to use the method again; and 8.3%—became pregnant.xxviii

Much could also be written about the young, healthy women who have suffered strokes and fatal blood clots from using pills like Yaz and Yasmin, or Nuva ring or the Ortho Evra patch, but the reader can find all that with a simple Google search.

In the end, abstinence before marriage and monogamy may well prove to be the healthiest lifestyle of all.

i    The Guttmacher Institute formerly affiliated with the Planned Parenthood Federation of America. The Institute states that one of its guiding principles is “to protect, expand and equalize universal access to information, services and rights that will enable women and men to

xvii    “Numbers for typical use failure of Ortho Evra and Nuva Ring are not based on data. They are estimates based on pill data. ”M. Zieman et al., A Pocket Guide to Managing Contraception (Tiger, GA: Bridging the Gap Foundation) 2010.  See notes to Table 13.2.