The report does not include information on Planned Parenthood’s New York City abortion market share.

New York City released 2018 and 2019 abortion statistics in quick succession, showing that abortions declined in 2018 and held steady in 2019, with 49,784 abortions reported in the city in 2019 (Fig. 1). 2019 marked the first year in the decade that reported abortions did not decline. Chemical abortions compose a growing percentage of all New York City abortions, increasing by 16 percent in 2019 to make up 32 percent of the total, or 16,030 abortions. The Charlotte Lozier Institute (CLI) estimates that New York City’s 2019 abortion rate was 27.2 abortions per 1,000 women ages 15-44, approximately double the national rate (Fig. 2). Of the 48 reporting areas that shared 2018 and 2019 abortion statistics with the Centers for Disease Control, 25 reported that abortions increased in 2019.

The state of New York requires comprehensive reporting of all pregnancy outcomes – live birth, induced abortion, and spontaneous abortion or miscarriage at any gestational age. New York City and New York State operate as two separate registration areas and share data with each other through a cooperative agreement. New York City’s vital statistics report contains the number of pregnancy outcomes occurring in the city to both residents and nonresidents and breaks these down by race, although New York State cautions that miscarriages are underreported, particularly those occurring at earlier gestational ages.

However, the reported number of abortions undergone by each racial group is almost certainly lower than the actual total, because race was not reported for 15 percent of the abortions. Race was reported for all but 0.3 percent of the births. When totals are adjusted to account for this underreporting by distributing abortions and births of unknown race among the racial groups, there are more non-Hispanic black abortions (20,788) than births (20,114). 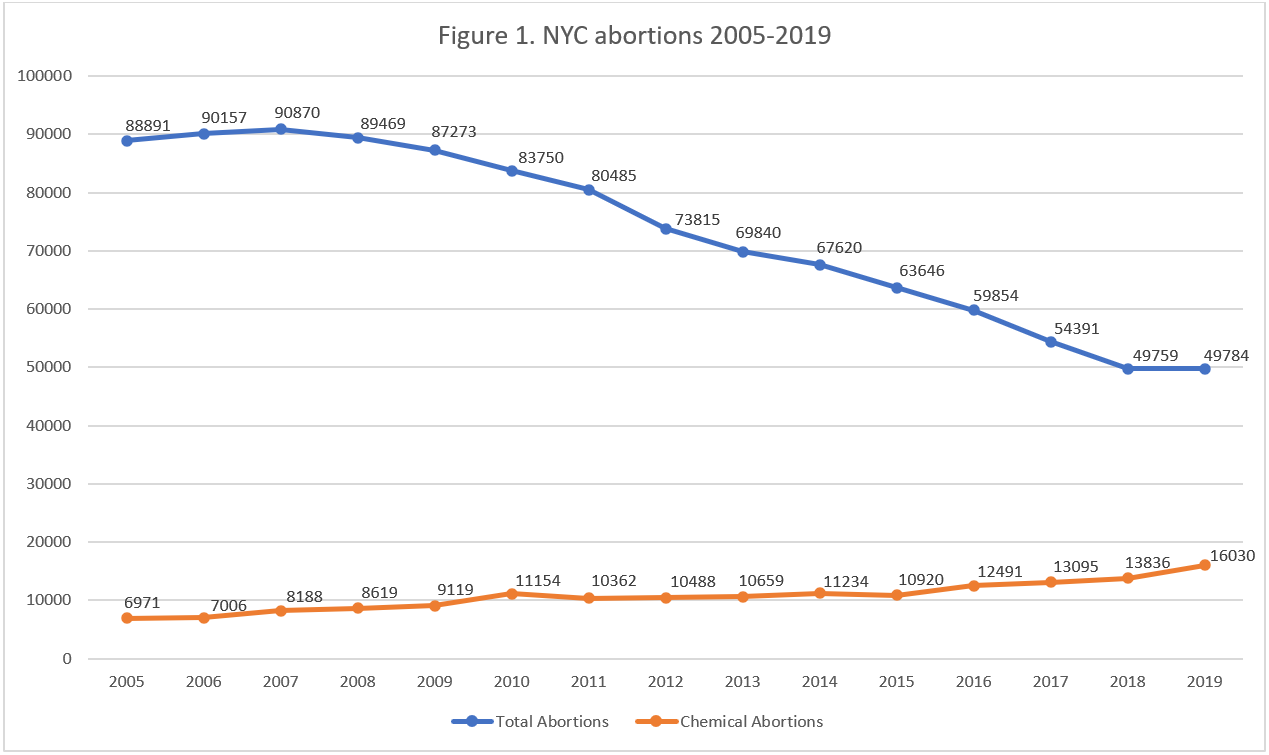