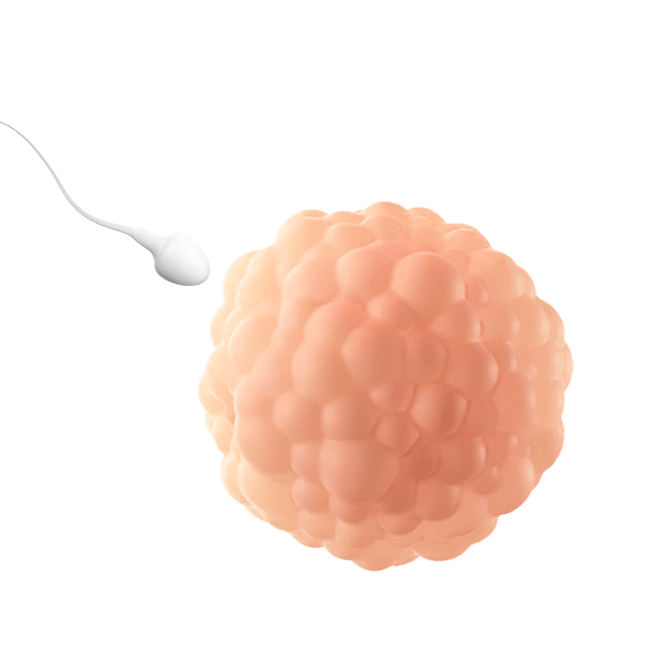 Human development proceeds along an amazing path from the moment of conception, when the sperm and the egg fuse. Over the course of 38 weeks, the single-celled human, called a zygote, will become a full-term newborn. Within the next two decades, that newborn becomes a 30 trillion cell adult.1 The zygote has a unique DNA sequence that creates his or her biological individuality. There is enough genetic variation that no two humans have been, or ever will be, genetically identical.2

How many weeks is a normal pregnancy?

There are two common systems for denoting a fetus’s prenatal age. All of the prenatal ages on this website will be referenced from the time of conception for clarity. However, most obstetricians use an older system, called gestational age, which starts at the beginning of a woman’s last menstrual period. A woman’s period and the week afterwards actually gets counted towards her baby’s gestational age, even though she was not pregnant at that time.

Pregnancy starts at conception. Conception occurs after a woman ovulates, which is usually about two weeks before she will have her next menstrual period if she does not become pregnant. For a woman with regular, 28-day cycles, this is also about 2 weeks after her last menstrual period.  If a woman knows exactly when she conceived, then she can calculate the baby’s gestational age by adding two weeks to the post-conception age.  So, if a doctor tells a woman that she is 6 weeks pregnant, then the unborn child has been inside her for 4 weeks. Similarly, if a woman gives birth when she is 40 weeks pregnant, the baby has only existed for 38 weeks.

So, if a doctor tells a woman that she is 6 weeks pregnant, then the unborn child has been inside her for 4 weeks. Similarly, if a woman gives birth when she is 40 weeks pregnant, the baby has only existed for 38 weeks.
SHARE
What happens in those two weeks before pregnancy?

Shortly after the start of a woman’s period, her body prepares for a possible pregnancy. Between 6 and 20 premature eggs, called oocytes, start to grow rapidly inside her ovary. Interestingly, the woman’s body created all of her oocytes when she was an embryo herself, starting five weeks after her own conception and finishing about five months after conception.7 An egg developing in the ovary. The small sac of fluid surrounding the developing egg is called a follicle. (Image Credit: Science Source)
When can a woman conceive?

By one week after the start of the woman’s period, one egg has grown the fastest and the other eggs start to shrivel.8 Approximately one week later, the woman’s ovary releases the mature egg, now called a secondary oocyte, into the adjacent fallopian tube. If more than one egg gets released at ovulation, then the mother can have non-identical twins if both eggs are fertilized. The woman can conceive for the next 24 hours or so.9

How are sperm created?

In the man’s body, sperm form from spermatagonia inside the testes. The spermatagonia cells grew when the man was himself an embryo, about five weeks after his own conception. They became active when he reached puberty. Since then, these cells have been regularly dividing to provide a pool of stem cells to create sperm. As the cells get closer to the center of the seminiferous tubules in the testes, they mature and become primary sperm cells. Primary sperm cells divide into non-identical secondary sperm cells that each contain half of the father’s genetic information in a process called ‘meiosis’. The DNA, or genetic information inside secondary sperm cells condenses and forms a small oval that becomes the head of the sperm. This head gets covered by a cap, called the acrosome, which helps the sperm penetrate the egg. Opposite the head, a tail forms from the cytoplasm of the secondary sperm cell. A sperm can take as long as 74 days to grow from a spermatagonia to a mature sperm.10 Sperm developing in the seminiferous tubule. As the sperm reaches the center of the tubule, it is more fully mature. (Image Credit: Science Source)
300
Million
Approximately 200 to 300 million sperm enter the vagina during intercourse, but only 300 to 500 of these sperm reach the fallopian tube where the egg arrives after ovulation, and only one will penetrate the egg, forming the single-cell embryo, called a zygote.11 When this happens, a new human being is created.
SHARE
Dive Deeper
DNA and Genetic Variation
The probability that two siblings have the same combination of chromosomes is 1 in 7 trillion...
Read More
Down Syndrome
Sometimes children can have a missing or extra chromosome, known as aneuploidy...
Read More
Next Stage
Back to The Voyage of Life
Get updates on life issues
Sources
See Full Bibliography