Fetal EEGs: Signals from the Dawn of Life 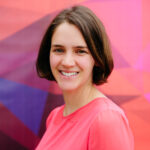 To view this report as a PDF, see Fetal EEGs: Signals from the Dawn of Life

As a neuroscientist, and the mother of two children, I have always wanted to know how little ones’ brains work. According to some websites I had read, electrical activity had been recorded from the brain of a human fetus only six weeks and three days after conception (1). That would be just three weeks after the fetal heart starts beating (2), and one week after the earliest-recorded fetal movements (3). But, as any neuroscientist will tell you, it is difficult to record electrical activity from adult human brains using electroencephalography (EEG) due to interference from the scalp muscles and cranial bones. How could a baby the size of a grape produce enough electrical activity to be detected?

I set out to find the original research and determine if it was done well. I expected that electrical signals coming from the mother’s muscles would mask those from the brain of the unborn child. Worse, most researchers use fetal EEGs to record brain activity in babies during childbirth or in the last trimester of pregnancy. In fact, all the papers posted publicly online quoted the brain research on babies in the first trimester second-hand. I began to fear that the claim that a 45-day-old fetus shows brain activity was wrong.

To find the answer, I had to visit the Library of Congress and dust off a scientific paper so old it is not publicly available on the internet. The paper detailed brain research that took place during tragic medical emergencies in Philadelphia in the 1950s. In 1955, Winslow Borkowski and Richard Bernstine, doctors at Jefferson Medical College Hospital, temporarily preserved a tiny unborn child removed 45 days after conception during an ectopic pregnancy and recorded from the frontal and occipital areas of its brain. The team used needle electrodes to record brain activity at 3 millimeters and 1 centimeter below the brain surface (4). These electrodes penetrated the cranial tissue, which solves the problem of electrical interference from nearby muscles. At 45 days after conception, the brain is bent forward and is almost as large as the entire body of the fetus, allowing for these deep recordings (5).

Typically, doctors record brain activity, or EEGs, using electrodes placed on the scalp. By using an electrode that actually goes inside the brain, doctors and scientists get a more accurate recording because the electrodes detect more neural activity than muscular activity when the electrode is surrounded by neural tissue. Borkowski and Bernstine’s recording technique is the most reliable method for recording EEGs, but it also causes permanent brain damage, and therefore is only used in animals or humans with uncontrollable seizures. In this case, the fetus had only minutes to live, so the invasive scientific technique was not considered unethical. Notably, use of this technique on babies born too early to survive ended, to my knowledge, in 1961 (6).

The doctors started recording from the 45-day-old fetus 10 minutes after the surgery that separated it from the maternal blood supply and continued recording for almost 90 minutes until complete brain death, determined by the complete lack of EEG activity (4). While it may be surprising that the fetus’s brain activity continued for so long after separation from the oxygenated blood flow of its mother, neonatal neurons have protective mechanisms to help them survive metabolic distress and low-oxygen environments (7). Convinced that the evidence for human brain activity at 45 days after conception was strong, I turned to the question of what we can learn from these fetal EEG recordings.

Electroencephalograms (EEGs) record the spontaneous electrical activity generated by active neurons in the brain. In general, the brain produces electrical activity divided into two parts – simultaneous rhythmic components, often called brain waves, and event-related potentials, related to sensory stimulation or task-related thinking. Scientists observing an EEG cannot tell what a person is thinking and feeling, but event-related potentials show that the brain is sensing and perceiving its environment. Event potentials are also easy to detect from the scalp or, in the case of an unborn child, from electrodes on the surface of his mother’s belly. From external measurement, we know that a 26-week-post-conception fetus responds to sounds with event-related potentials (8), but technical limitations prevent researchers from getting clear data at earlier gestational ages.

By contrast, brain waves can be hard to detect using non-invasive methods. When they can be measured, certain rhythms of brain waves can indicate a person’s state of consciousness, for example in adults:

Finally, the absence of any EEG activity indicates brain death.

From 1955 to 1961, Borkowski and Bernstine studied the EEGs from a total of six fetuses, aged 43 to 120 days after conception and removed during ectopic pregnancy or hysterectomy. Bernstine described the brain waves (6):

Importantly, the fact that these scientists observed multiple types of rhythms reveals that networks of neurons showed more than one pattern of activity. The fetal neurons were not simply firing randomly, but synchronizing with neighboring neurons for small periods of time. Furthermore, the low-voltage, slow-wave patterns resembled slow-wave sleep in adults, but it is unclear whether this means the fetus was sleeping. Additionally, the doctors made a special observation in the 45-day-old fetus (4):

“Bursts of fast wave activity (16 per second) from the superficial cortex and deeper structures of the brainstem were seen on two occasions. These waves resembled sleep spindles as observed in the adult electroencephalogram.”

As mentioned earlier, “sleep spindles” commonly appear in the EEGs of adults during lighter sleep. In the adult, “sleep spindles” correlate with the strengthening of connections between neurons and may help form long-term memories (12). It is possible that they serve the same purpose in the fetus; however, the fetal brain is not simply a miniature adult brain. It develops from the inside out. Specifically, deep subcortical areas develop first. As the cortex starts developing, it forms internal circuits first. Anatomical projections from the subcortical areas to the cortex only appear in the second trimester. Projections using monoamines, such as dopamine and serotonin, form first between 12 and 16 weeks, and excitatory projections form later between 20 and 23 weeks post-conception (9).  Sleep spindles typically arise from reciprocal connections between a deep subcortical structure – the thalamic reticular nucleus –  and the cortex (13). However, the connection between the thalamic reticular nucleus and the cortex would not yet have developed in a 45-day-old fetus. Given that the fetal EEG recordings came from the superficial frontal and occipital areas, these recordings likely show activity coming from deep brain regions juxtaposed with activity from internal cortical circuits (5).

Finally, Borkowski and Bernstine ended their recordings upon brain death (4):

“All electrical activity of the brain had completely disappeared in 91 minutes from the time of ligation of the uterine arteries.”

In truth, fetal brain activity may start long before 45 days’ gestation.  Learning about the life and experience of the young fetus is a scavenger hunt: scientists must piece together clues from observations made during unhealthy pregnancies and emergencies to gain insight into the healthy development of the human child. While, as a mother, I am eager to know when my unborn child starts to have brain activity, I am even more grateful that our society cares more about the safety of the unborn child than the advancement of scientific knowledge. As we develop new technologies, we may learn a great deal more about the in utero experiences of the fetus, but the first priority must always be the safety of mother and child.

Katrina Furth, Ph.D. is a neuroscientist and an associate scholar with the Charlotte Lozier Institute.