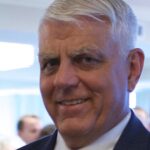 The number and outcomes of pregnancies experienced by a woman are consequential determinants of her health status. However, there is no published research comparing the patterns of subsequent pregnancy outcomes following a live birth, natural fetal loss, or induced abortion.

The objective of this study was to describe the characteristic patterns of subsequent pregnancy outcomes evolving from each of three initiating outcome events (birth, induced abortion, natural fetal loss) occurring in a Medicaid population fully insured for all reproductive health services.

Women experiencing repeated pregnancies and subsequent abortions following an index abortion are subjected to an increased exposure to hemorrhage and infection, the major causes of maternal mortality, and other adverse consequences resulting from multiple separation events.
Read Complete Article

The Enduring Association of a First Pregnancy Abortion with Subsequent Pregnancy Outcomes: A Longitudinal Cohort Study