Questions and Answers on Late-Term Abortion To view this fact sheet as a PDF, see: Fact Sheet: Questions and Answers on Late-Term Abortion

What is a Late-Term Abortion?

“Late-term” abortion is an imprecise term, but under any “formal” definition offered or as accepted by the public at large late-term abortions refer to abortions at least in the 2nd trimester of pregnancy, when an unborn child can feel pain. Authorities have disagreed on how the phrase should be defined, with some including any abortion performed after the 20th week of gestation and others limiting the term to the third trimester (approximately 27 weeks of gestation to delivery).  Use of the term is also sometimes rooted in the concept of viability, or that stage of pregnancy where, on average, an unborn child can survive on his or her own outside the womb, albeit with medical support.  Besides being specific to an individual baby’s overall physical condition, “viability” itself is a term whose application varies over time, occurring earlier in pregnancy as active treatment resources increase and medical technology and skills improve.  The U.S. Centers for Disease Control’s abortion surveillance system categorizes abortions occurring from 21 weeks onward as its highest gestational age category, and the system does not distinguish abortions by week beyond 21 weeks.

How Many Late-Term Abortions Are Performed in the United States Each Year?

Each year, over 50,000 abortions are performed after 15 weeks of gestation, when unborn babies can feel pain.

Are the Vast Majority of Late-Term Abortions Performed in Cases of Threat to the Mother’s Life/Fetal Abnormality?

Defenders of late-term abortion frequently make the assertion that late-term abortions are “almost always” carried out in cases of severe fetal abnormality or danger to the mother’s life. In reality, the concept of “medical necessity” in the context of late-term abortion is misleading, and many late-term abortions are elective, frequently complicated by coercion, indecision and partner abandonment. In reporting on the results of a study of late-term abortions in 2013 (Foster, Kimport) in the journal Perspectives on Sexual and Reproductive Health, a publication of the pro-choice Guttmacher Institute, the authors acknowledge that “data suggests that most women seeking later terminations are not doing so for reasons of fetal anomaly or life endangerment.”  Using interviews and questionnaires, the authors compared 272 women who obtained abortions at or after 20 weeks with 169 women who had abortions prior to 20 weeks and found that the rationales cited by the two groups were essentially the same – stressful circumstances of unprepared pregnancy, single-motherhood, financial pressure, and relationship discord.  The Foster-Kimport study excluded for comparison an unidentified number of women who had abortions for reasons of life endangerment or fetal anomaly, a significant limitation.  In an April 2018 report for the Congressional Research Service, however, Dr. Foster is cited as believing “that abortions for fetal anomaly ‘make up a small minority of later abortion’ and that those for life endangerment are even harder to characterize.”

Why is the Data on Late-Term Abortion Inadequate and How Can It Be Improved?

How Are Late-Term Abortions Performed?

In the past certain methods of abortion created legal jeopardy and personal quandaries for abortionists and patients – what one physician called “the dreaded complication” – a child born alive despite the effort to kill him or her in utero.  These methods of abortion included instillation of saline solution or prostaglandins, that induce contractions and vaginal delivery of the child.  A number of victims of these procedures are alive today and testify to their experiences.  To avoid these outcomes, abortion practitioners resorted to partial-birth abortion, which involved delivering the child into the birth canal up to his shoulders and killing  him through vacuuming out his brain and crushing his skull. This method was banned by Congress in 2003.  The ban was upheld by the Supreme Court in Gonzales v. Carhart in 2007.

Currently, a day or two before the abortion is performed, the abortionist prepares the cervix with osmotic and/or pharmacologic dilators (e.g., laminaria) to open the cervix. About the same time, he usually administers a maternal transabdominal injection of potassium chloride or digoxin into the heart or head of the unborn child, to ensure that he or she is dead upon delivery.  On the day of the procedure, if further cervical dilation is needed, this is performed with mechanical dilators just prior to the procedure. Uterine evacuation is then performed.  For younger babies this can be primarily accomplished using suction to remove as much tissue and soft body parts as possible, followed by forceps for removal of larger and harder body parts.  For older and larger babies, dismemberment using forceps is used (grasping and pulling off limbs for removal).  The brain is usually then removed by suction and the skull crushed for removal.  In partial-birth abortion (now illegal), the baby’s legs are grasped and pulled through the cervix, as in a breech delivery.  The body can be delivered this way, but the skull will be too large to deliver through the partially dilated cervix.  The abortionist will then introduce an instrument such as scissors into the base of the child’s skull creating an opening.  The brain is suctioned out, and the skull then crushed with clamps and extracted.  Misoprostol may also be given to the mother to induce uterine contractions, especially to help expel all the body parts and placenta.

What Do Obstetricians and Perinatologists Say about Late-Term Abortion?

“Women carrying children with life-limiting conditions need to be cared for in a way that not only maximizes maternal health, but also honors the life of their child.  Delivering a child intact and then administering the appropriate medical care for that child – whether that be palliative care or active treatment – is the medically appropriate and ethical thing to do.  This scenario is one that every OB/GYN faces.  Given that 85% of OB/GYNs do not perform abortions, third-trimester abortions do not need to be legal in order to optimally care for women and their children, no matter what the circumstances.”

–  Dr. Christina Francis, M.D., Chair of the Board, AAPLOG

“There is never a reason to take the life of an unborn child since there is no maternal condition that requires the death of the fetus to save her life. The infant may need to be delivered prematurely and die as a result of that, but it is not necessary to take the infant’s life. Further, if a fetus has an adverse prenatal diagnosis all patients should be offered perinatal hospice care since this is far better for maternal health than any elective abortion. Perinatal hospice allows the parents to be parents and provide all the love they can for their child.”

Fact Sheet: Medical Indications for Separating a Mother and Her Unborn Child 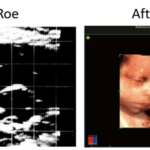 Memo to Speaker Pelosi: Science Has Changed Significantly Since 1973