Enter your email address to login to your account. All sign up options
Home / Research / On Point Series
On Point SeriesResearchAbortion 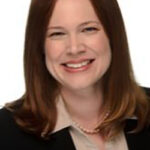 If you have spent any time on American roads in the past five years, you have likely noticed cars with pro-life license plates sharing the road with you. Pro-life license plates are currently available in the District of Columbia and 29 states. This number will increase to 30 states in 2019, when the pro-life specialty plate in Kansas become available for sale. In 2021, Idaho is expected to join the ranks as the 31st  state to offer a Choose Life option. The Children’s First Foundation also makes a pro-life “half-plate” available for five additional states, which can be attached to the top or bottom of a standard DMV-issued plate. Pro-life license plates come in various styles, the most common of which is a yellow plate with a cartoon of a boy and girl and the words “Choose Life.” After the State subtracts an administrative fee, the proceeds of pro-life license plate sales are distributed, sometimes through an intermediary, to pro-life pregnancy help centers or organizations offering adoption services.

There is no adequate study as to why American drivers have so predominantly chosen pro-life plates over pro-choice plates. Sometimes the state legislature rejects a pro-choice plate bill. Other times, pro-choice activists in the state are unable to reach the required number of pre-sales for the state motor vehicle agency to create and offer the plate. Even states hostile to pregnancy help centers appear to have difficulty producing a pro-choice plate option.  In states that have both options, pro-life plates greatly out-sell their pro-abortion counterparts.

In California, where the extreme pro-abortion legislature recently violated the constitutional rights of pro-life pregnancy centers by requiring them to refer clients for abortion, a 2017 Senate Bill authorizing a “California Trusts Women” plate died in an Assembly committee.[i]

Drivers in Massachusetts have been able to order a Choose Life plate since the Summer of 2010. Nonetheless, pro-choice plates remain unavailable, despite extensive efforts of pro-abortion advocates to collect the required 3,000 signatures and 3,000 license plate presales.[iii]

Four states have both a pro-life and a pro-choice plate option: Virginia, Pennsylvania, and Nebraska. The Virginia DMV reports that Virginia Choose Life plates are decidedly more popular than the “Trust Women, Respect Choice” license plates. In fact, in fiscal year 2017, the Virginia DMV issued more than 2.5 times the number of “Choose Life” plates (5,739) than pro-choice plates (2,270), generating more than 2.5 times the income for pro-life pregnancy help centers ($86,065) than Planned Parenthood ($34,050).[iv]

The chart below shows which states offer pro-life and/or pro-choice license plates.

Plate Availability in 50 States and the District of Columbia

[v] In March 2020, Idaho’s governor signed into law a bill creating a Choose Life License plate.  The plate is expected to be available in 2021.

[vii] In April 2018, Kansas Gov. Jeff Colyer signed a bill authorizing a pro-life plate for sale when initial preorders totaling 1000 are in place. As of June 24, 2020, approximately 46% of the necessary preorders have been placed.

[viii] From July 16, 2018 through December 31, 2019, a “Nevada Values Life” plate was available for Nevada citizens. For the plate to continue, Nevada required a sell of 3,000. Unfortunately, the plate came just sort of this amount, having sold 2086 plates.  Accordingly, the plate has been discontinued, but drivers that purchased the plate can keep their plates active.