Enter your email address to login to your account. All sign up options
Home / Research / Research
ResearchAbortionAmerican Reports SeriesLife & the Law

Fetal Disposition: The Abuses and The Law 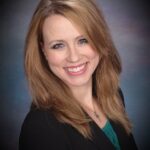 To view this summary as a PDF, see: Fetal Disposition: The Abuses and The Law

With roughly 1.06 million abortions in the nation every year, abortion facilities have a need to dispose of approximately 2,700 baby bodies every day. Because of this, clinics want disposal methods to be broad, cheap, and accessible. The state laws governing fetal disposition are often archaic and scattered throughout a variety of state codes, regulations, and statutes. In a number of states, the laws are so broad that it is legal to grind the bodies of aborted babies in the garbage disposal and send the remains through the sewage system or to incinerate entire containers of baby body parts at once.

Despite the documented finding that some universities and other companies have purchased specific human fetal parts from abortion businesses for conducting research, the abortion facility still bears the weight of disposing of the remainder of unwanted fetal parts.

This paper will examine the problems that occur when laws fail to hold abortion clinics accountable and when the clinics are allowed to choose methods of disposal that most benefit their businesses. It will also suggest a variety of changes that could be made to state laws to end some of the dangerous practices of the abortion industry.

The full text of this publication can be found at:

Kristi Burton Brown, J.D., is an Associate Scholar at the Charlotte Lozier Institute. What Happens Next If Roe Is Overturned?