Enter your email address to login to your account. All sign up options
Home / Research / Life & the Law
Life & the LawAbortionPress ReleaseFetal Development “The idea that unborn babies don’t feel pain is rooted in a bygone era when newborns were actually operated on without anesthesia or pain relief.  While abortion advocates and their political allies continue to cling to that outdated belief, I am thankful to report as a neonatologist that neither science nor humanity have stood still.

“Incredibly, the pro-abortion American College of Obstetricians and Gynecologists continues to claim that babies don’t feel pain prior to 24 weeks, but an objective visit to a NICU easily proves otherwise.  I routinely care for infants as young as 22 weeks.  Their pain is obvious to anyone who cares.

“The current standard of medical care calls for unborn babies to receive pain medication during fetal surgery starting at 15 weeks.  In fact, modern 3D and 4D ultrasound enables us to see an unborn baby cry and grimace when receiving that injection of pain medicine in utero.  Their behavior is just like other kids when they get a shot at the pediatrician’s office.” Source: Lisandra S. Bernardes et al., Sorting Pain Out of Salience: Assessment of Pain Facial Expressions in the Human Fetus, 6 Pain Rep. (2021).  Watch the 4D ultrasound of a baby (third trimester) reacting to an injection of anesthetic prior to surgery in utero.

Writing in BMJ’s Journal of Medical Ethics in January 2020, Dr. Stuart Derbyshire, a leading pro-choice neuroscientist, concluded that the cortex is not necessary for pain perception, and that “the evidence, and a balanced reading of that evidence, points toward an immediate and unreflective pain experience mediated by the developing function of the nervous system from as early as 12 weeks.”

Dr. Katrina Furth, Ph.D., a Lozier Institute associate scholar who earned her doctorate in neuroscience at Boston University, is a developmental biologist who studies scientific advancements in our understanding of human prenatal development, including:

Dr. Furth is lead researcher for VoyageOfLife.com, a Lozier Institute resource which makes the science of human prenatal development accessible and understandable for both professional-level and personal research.

According to a Charlotte Lozier Institute analysis of data from the Centers for Disease Control and the pro-abortion Guttmacher Institute, approximately 400 to 500 abortions occur in Virginia at 15 weeks gestation or later on an annual basis. 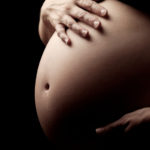