Enter your email address to login to your account. All sign up options
Home / Research / Press Release
Press ReleaseLife & the LawAbortion Washington, D.C. – The Nebraska Heartbeat Act, announced today by Nebraska Senator Joni Albrecht, would limit elective abortion when a baby’s heartbeat can be detected.  Despite misleading claims by pro-abortion pundits and politicians, the scientific evidence shows that a baby’s first heartbeat occurs at six weeks of pregnancy.

“Unlike politics, science is based on observable facts.  The science of embryology confirms that the heart is the first functioning organ in a developing human being, with the first heartbeat at just six weeks of pregnancy.  To be blunt, it’s a requirement of human prenatal development because a baby’s growth is dependent on the steady flow of oxygen and nutrients through the bloodstream.

“To deny that a baby at six weeks has a heartbeat is to deny both science and common sense.  At six weeks, the baby has a developing human organ which beats rhythmically 110 times per minute pumping nutrient-rich blood throughout the body.  Most people in Nebraska call that a heart.”

Dr. Furth earned her doctorate in neuroscience from Boston University and has extensively studied human embryology.  She is lead researcher for VoyageOfLife.com, a Lozier Institute resource which makes the science of human prenatal development accessible for both professional-level and personal research.

The peer-reviewed science on babies at 6 weeks’ gestation includes:

In addition to the development of the baby’s heart:

“Some have claimed that a baby doesn’t have an actual heart because the organ has not fully, completely developed by 6 weeks.  I must point out that the human brain isn’t fully, completely developed until around age 25.  Would those pundits and politicians suggest that a toddler or teenager or recent college graduate doesn’t actually have a true brain?  Follow the science.” 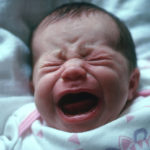