On October 5, the District of Columbia’s Committee on Health and Human Services (HHS) will mark-up and vote on a bill to legalize physician-assisted suicide. The so-called “Death with Dignity Act” (Bill 21-0038) would permit D.C. adult residents to request and be prescribed drugs to end their lives, if they are given a prognosis of six months or less to live. Last year, during a hearing on the legislation, the Director of D.C.’s Department of Health testified in staunch opposition as the executive witness, stating that the bill would “catapult the District into uncharted territories.”

During this Wednesday’s committee mark-up, the District’s HHS Committee will consider proposed amendments to the bill, which was originally introduced in January 2015 by Councilwoman Mary Cheh (Ward 3). If the bill is voted out of committee, the full 13-member D.C. Council will vote on the legislation later this year.

Bill 21-38 is modeled after Oregon’s assisted suicide law, which has been in effect since 1997. As such, the bill contains many of the same flaws that have failed to protect especially vulnerable populations in Oregon. One major example: it does not require a mental health assessment for each requesting individual, allowing depressed, sick patients to fall through the cracks. Last year in Oregon, only 3.8 percent of the people who died under the law were referred for psychological evaluation. Furthermore, a 2008 study published in the British Medical Journal found that for Oregon, three of 15 participating patients who received a prescription for the lethal dose under the law met the criteria for depression. “All three depressed participants died by legal ingestion within two months of the research interview.” The study authors concluded that “the current practice of the Death with Dignity Act may fail to protect some patients whose choices are influenced by depression from receiving a prescription for a lethal drug.” These concerns and many more were brought before the D.C. Council last July during a public hearing on the bill, which lasted nine hours. Seventy witnesses testified – among them, dozens of disability rights advocates, physicians, and D.C. residents who oppose the assisted suicide legislation.

In particular, the D.C. Director of Health, LaQuandra Nesbitt, M.D., expressed her opposition to the bill, emphasizing numerous concerns for D.C.’s residents, and even taking a few moments to correct supporters on terminology – that, from a medical standpoint, the bill does indeed deal with “assisted suicide,” the taking of one’s life.

“[W]e have substantive concerns with the bill, as drafted, particularly with the provision permitting a person to take the lethal medication in a public place… while the drafters of the Oregon bill may have contemplated a natural surrounding in the Northwest Territories of the United States, the District attracts 19 million tourists a year and assisted deaths in highly visible and highly public areas could easily lead to public distress and disorder.”

Aside from this specific legislation’s numerous flaws, physician-assisted suicide itself contradicts the role of medicine. The American Medical Association rightfully states in its official opinion, “Physician-assisted suicide is fundamentally incompatible with the physician’s role as healer, would be difficult or impossible to control, and would pose serious societal risks.” For this reason, all of the foregoing reasons, and even many more, it would be both the wise and compassionate path for the nation’s capital to focus on supporting hospice and palliative care programs instead of legal assisted suicide. 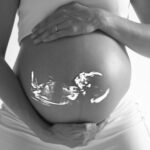 March for Life Announces 2017 Theme: “The Power of One”