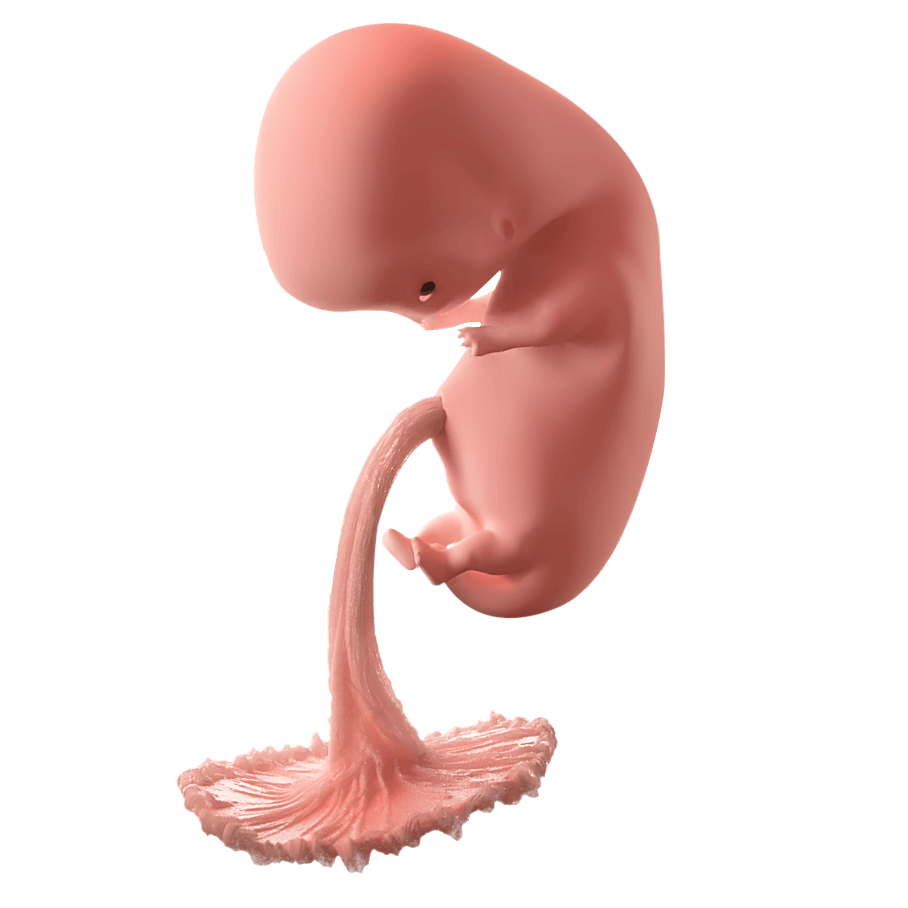 This week, the cortex, or the thinking and sensing part of the brain, doubles in size.6

Brain cells, called neurons, have already connected to one another. Networks of neurons produce immature patterns of brain activity, or “brain waves,” that have been recorded as early as 6 ½ weeks after conception.7 The preborn baby starts spontaneously moving his arms, hands, and legs.8 Ultrasound recordings also show that the embryo can hiccup.9

Cartilage starts to harden and become bone in the seventh week. The first bones to form in the embryo are the collar bone and the jaws.10

The first several weeks of eye development are like watching an orchestra warm up. Different cells and tissues develop simultaneously and quickly as they prepare to work together to create a functional eye. The eye begins to develop 17 days after conception.11 Out of the ectoderm and mesoderm, the cornea and lens form. Simultaneously, the back of the eye grows like a cord out from the young brain. By six weeks after conception, the lens can be easily seen, as can the iris and the critical neural connection between the eye and the back of the brain. This week, muscles that move the eyes around continue growing and the eyelids begin forming.12 Sagittal section of eye of human embryo of six weeks. (Image Credit: Henry Vandyke Carter, 1918, Public Domain)
Dive Deeper
Brain Activity in the Unborn
The earliest brain activity was recorded from a 45-day-old embryo...
Read More
Ear Formation
About six weeks after conception, the outer ear starts as a groove on the neck...
Read More
Fetal EEGs: Signals from the Dawn of Life
How could a baby the size of a grape produce enough electrical activity to be detected?
Read More
Previous Stage
Next Stage
Back to The Voyage of Life
Get updates on life issues
Sources
See Full Bibliography