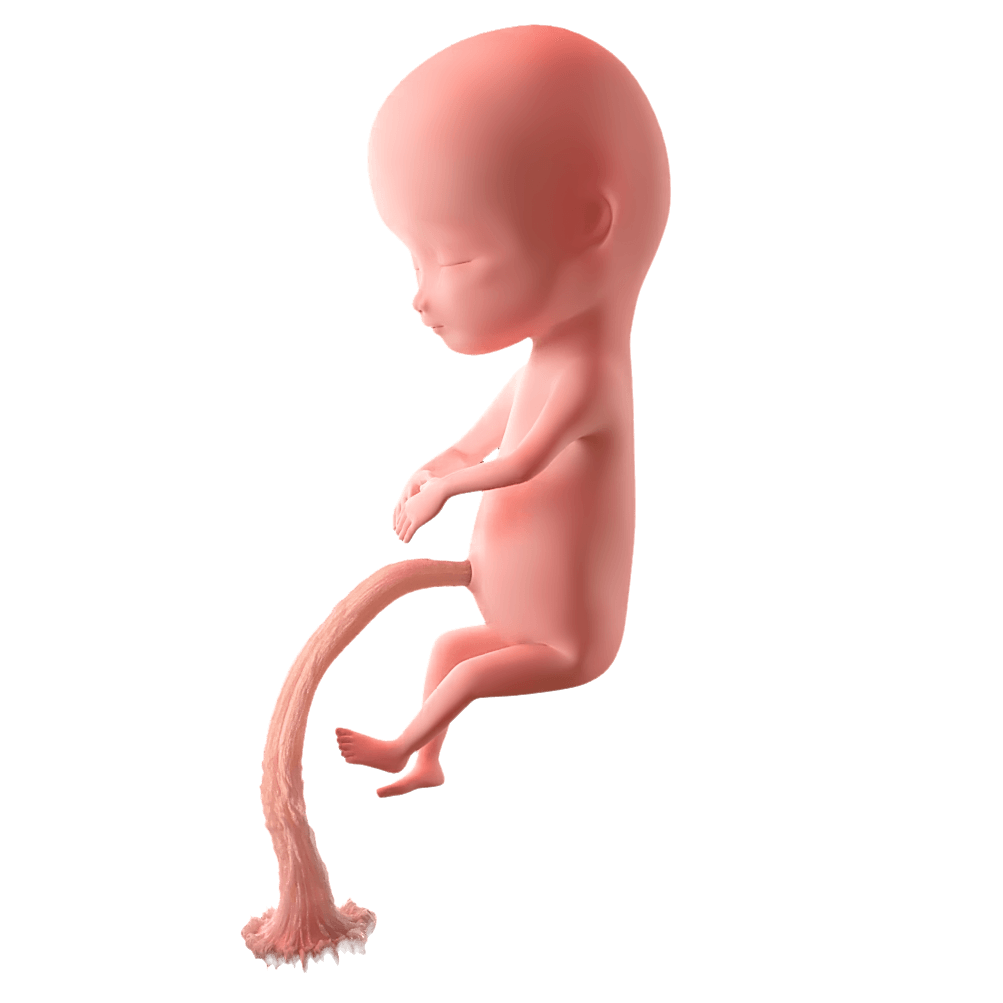 This fetus could taste the amniotic fluid within the amniotic sac. When the fluid was sweet, he swallowed more than when it was bitter. (Image Credit: Priests for Life)
Purposeful movements

Thirteen weeks after conception, the fetus’s entire body responds to light touch with the exception of parts of the back, buttocks, and thighs.8 The fetus also starts moving each finger separately, and often sucks his or her thumb. By 14 weeks after conception, the unborn child starts grasping objects.9 Interestingly, boys and girls move differently in the womb. In fact, girls open and close their mouths more often than boys do!10 Until this point, the fetus has been mostly stoic. Now the preborn child produces complex facial expressions. According to some research groups, the fetus can even smile!11

By 12 weeks after conception, the fetus displays goal-directed movements. Before this age, the fetal movements were jerky and ballistic, but now the hands slow down as they approach their target. These intentional fetal movements show that the fetus is conscious and aware of his environment. Most of the slower, goal-directed movements were directed at the fetus’ face. However, if the fetus has a twin, he or she will move more slowly when reaching towards the twin’s face as well.12

Dive Deeper
Brain Connections for Movement and Sensations
The brain assumes its adult shape around 5 months after conception...
Read More
Previous Stage
Next Stage
Back to The Voyage of Life
Get updates on life issues
Sources
See Full Bibliography