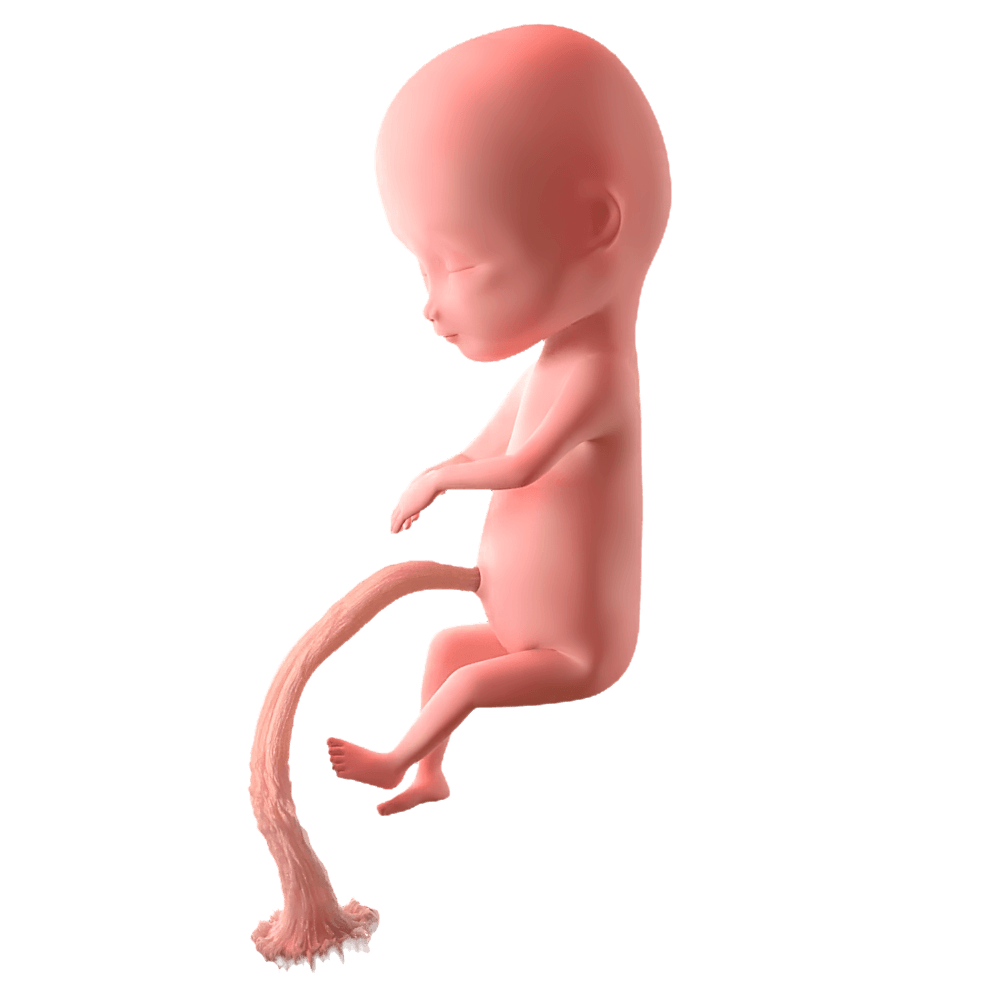 In the fifteenth and sixteenth week after conception, the mother may feel her unborn child moving. (Image Credit: Priests for Life)

Some experts believe that the formation of airways in the lungs finishes about 16 weeks after conception,8 although the sites of gas exchange in the lungs, called alveoli, still need to develop and mature.

Furthermore, sporadic eye movements start between 14 and 16 weeks after conception.9 These have been detected using ultrasound.

Finally, stress and pain responses in the unborn have been recorded from fetuses as young as 16 weeks after conception. When doctors used a need to draw blood from a vein near the fetus’s liver, the fetus responded by recoiling. Furthermore, large increases in stress hormones were observed in the fetus’s blood, but not the mother’s blood, showing that the fetus’s stress response was separate from the mother’s.10

Dive Deeper
Prenatal Stress and Pain
Touch receptors first develop around the mouth around 5 1/2 weeks after conception...
Read More
The Science of Fetal Pain
The old, uninformed notions that unborn and newborn babies cannot feel pain are refuted by a growing body of scientific evidence.
Read More
Previous Stage
Next Stage
Back to The Voyage of Life
Get updates on life issues
Sources
See Full Bibliography