<br/ > “Greater love hath no man than this,” says John 15:13, “that a man lay down his life for his friends.”  As with the parable of the Good Samaritan, so often that great love is lain down for those who are strangers – one’s “not yet” friends.  So it was with the Sister Paula Vandegaer, a pioneering nun devoted to the sanctity of every life and to walking alongside women considering abortion.  Sister Paula passed away in Los Angeles, California, on August 13 at age 82.

It goes without saying that being a founder of the pregnancy help movement is not the automatic way to garner public accolades.  The social milieu of the modern world, not least of all in the United States, especially in California, is one of utility, convenience, and speed. There is always the next thing – the 5G network, high-speed lane, or hypersonic jet – and in a materialistic age it is hardly surprising that the “quick fix” of abortion keeps advancing.  It is sold as “one and done.”  In the pregnancy help world, the opposite is true.  Saving a life, supporting a mother, encouraging a man to father are works of relationship and sustenance in hours of need as well as beyond.

Add on to this factor the opposition some forces in society raise against the volunteer-driven, faith-filled work of pregnancy support.  They call it deceptive, somehow deficient in not offering the destructive act of abortion as an answer.  But practitioners of life-affirming pregnancy help and medical support have chosen the harder and higher path.  They advocate for, and embody, the whole truth, which is that every life has infinite worth and that this worth is unalienable.

Sister Paula was there at the beginning and remained in the heart of service for half a century.  In her tribute to Sister Paula, Heartbeat International Board chair Dr. Peggy Hartshorn recounted Sister Paula’s biography and her presence at the creation of Alternatives to Abortion International, the forerunner to Heartbeat International.  Recently graduated with a degree in social work, Sister Paula began her ministry with what became a staple of crisis help, offering counseling over the phone to women in need.  Filled with a vision for the work, she developed an array of training materials beginning with the first Pregnancy Counseling Manual in 1971.  From her social work background, she keenly recognized the importance of referring to community resources and knitted this into curricula. Over the decades she influenced the influencers and trained the trainers, traveling the country to spread a gospel of compassion and competence.

Her geniality and prayerfulness were legendary, as was her tirelessness.  She once compared the early history of pregnancy centers to God blowing on a dandelion and scattering seeds to settle across the United States and around the world.  The work was and is spirit-driven, not the creation of a handful of top-down planners and funders, but a whirlwind of commitment and sacrifice by tens of thousands of staff members and volunteers, backed by hundreds of thousands of donors giving, as Saint John Paul II proclaimed, not just of their abundance but of their substance.  This movement, she said to us as we prepared our pregnancy center report for 2018, “is an absolute miracle.”

There can be no doubt that Sister Paula’s labor will literally echo for generations to come.  Her life and her memory will be lifted up and celebrated at a funeral service at 10:00 a.m. Pacific Coast Time (1:00 p.m. Eastern) on Wednesday, September 1.  The service will be livestreamed; information on the webcast, and on how to support International Life Services’ pathbreaking mission, can be found here.

Chuck Donovan is President of the Charlotte Lozier Institute (CLI).  Moira Gaul is a veteran of a variety of roles at pregnancy centers across the Eastern Seaboard and is an associate scholar with CLI. 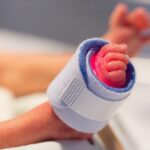