Tara Sander Lee, Ph.D., is a Molecular and Cell Biologist with over 15 years of experience in academic research and healthcare. She obtained her Ph.D. in biochemistry from the Medical College of Wisconsin, followed by research fellowship training in cell and molecular biology at Harvard Medical School and Boston Children’s Hospital. Dr. Sander Lee’s career has focused on the pathologic basis of disease in children. She directs a molecular diagnostics lab that performs genetic testing for the diagnosis and treatment of pediatric disorders such as cystic fibrosis, epilepsy, and hearing loss. Dr. Sander Lee actively participates in legislative efforts that protect the preborn and promote ethical advances in healthcare. Dr. Sander Lee is one of our nearly 40 associate scholars. In this interview, she discusses genetic testing for diagnosis and treatment of children and the ethical and scientific issues surrounding the use of fetal tissue procured from abortion for research.

What is the focus of your work as Director of a Pediatric Molecular Diagnostics Laboratory?

Sander Lee: The focus of my work is to develop and oversee genetic testing for the diagnosis and treatment of children. My lab performs genetic testing when a physician needs to know whether a child carries a specific gene mutation (change in DNA) that causes disease. In most cases, knowing the genetic cause helps the physician treat and manage the child’s illness. Genetic testing involves analyzing the child’s DNA, usually from a blood sample, to determine if they carry a mutation or not. My lab specifically offers testing for the diagnosis of pediatric diseases including cystic fibrosis, hearing loss, 22q11.2 deletion syndrome, and clotting disorders. We also perform pharmacogenetics testing to help physicians choose the right drug at the right time for treatment of childhood epilepsy and other disorders. As an academician, I am also very involved in research. Over the years, my interests have involved the study of vascular disease, cancer, and more recently, Sudden Infant Death Syndrome (SIDS). I also work very closely with clinicians and scientists to develop new and novel DNA tests for children. My goal is to help kids and their families receive the best diagnosis and treatment for their disease.

You have written and testified against research using fetal tissues derived from abortions. What do you see as some of the ethical problems with this kind of research?

Sander Lee: Using the preborn as objects or means of experimentation, no matter what the outcome might prove or promise to be, constitutes an assault against their dignity as human beings created by God. These children have a right to life and the same respect owed to every person, regardless of developmental stage. Ethically, it is not right to exploit one group of human beings (the preborn) for the benefit of another group.

There are many examples in our history when unethical experiments were performed on vulnerable populations, and even supported by government, because society was so driven to cure a disease.  These include the 40-year Tuskegee trials, a clinical study conducted between 1932 and 1972 by the U.S. Public Health Service in which impoverished African American men with syphilis were deliberately untreated so they could study the natural progression of disease.  Another example involved government sanctioned experiments in which children with intellectual disabilities at Willowbrook State School in New York were deliberately infected with the hepatitis virus.

Past atrocities of unethical research resulted in The Belmont Report, ethical principles and guidelines for the protection of human subjects in research created by the National Commission for the Protection of Human Subjects of Biomedical and Behavioral Research. Ironically, the three basic principles that define the report—Respect for Persons, Beneficence (“to do no harm”), and Justice—do nothing to protect the preborn from being destroyed, ripped apart, and used for research when the mother chooses abortion. However, a human fetus at the same developmental stage receives full protection under the law when the mother chooses life. Such contradictions are appalling.

Another concern is that certain abortion-derived cell lines (such as the HEK-293 cell line) have become so widespread throughout biomedical research, to the point that it’s difficult to avoid them. If we continue to use aborted fetal tissue to develop more cell lines, this problem will only become worse. Plus, by purchasing these products, scientists are creating a market that drives the abortion-biotechnology industry complex.

A final concern rests on the mother considering an abortion, who is in a vulnerable position and may be misled to believe that the donation of her aborted child to research is an act of benevolence that will help find a cure for disease. This type of coercion and false hope helps to legitimize the mother’s choice to abort her child.  Furthermore, according to federal law, a woman must give written consent to donate fetal tissue, and only after she has requested an abortion. Regulations of informed consent were developed in part to show respect and protect research subjects. But the protective purpose of informed consent is lost in the context of abortion and fetal tissue donation, as it is difficult to assert that the mother has the best interests of the child in mind given that this same parent has just consented to the destruction of the human being whose tissues and organs would be harvested.

Sander Lee: Contrary to popular belief, fetal tissue from induced abortions is not necessary for research and the development of medical treatments. In fact, to date there have been no cures from abortion-derived human fetal tissue. The oft-cited vaccines for polio, measles, and mumps were never produced using human fetal tissue but rather used monkey cells, chicken eggs, and non-fetal human cells.

There are several non-fetal tissue sources available to researchers that are saving lives today.  Regarding therapies, bacteria have been used to develop insulin for diabetes and Chinese hamster ovary cells used to develop HerceptinTM for breast cancer. Cord blood is also a rich source of stem cells treating thousands of people with blood disorders. And adult stem cells have saved the lives of over 1 million people worldwide through transplantations, but not one person is alive today because of stem cells from aborted fetal tissue. We must stop harvesting baby body parts and invest in the discovery of medical treatments that have real promise of healing patients now and in the future.

What harms do you envision for the medical and scientific community if such ethically problematic practices are encouraged and become more widespread?

Sander Lee: I envision a scientific community that becomes more and more dependent upon these aborted fetal tissues for research and medicine that are further embedded into the framework of our healthcare system. This will have serious consequences for our society. One, there will be reduced transparency of how, when, and where these tissues are utilized, both in research and medical therapies. Individuals, families, and even physicians in strong opposition will face difficulty finding treatments that avoid using human fetal tissue during the development and/or production of medical therapies.

Second, if these practices continue, as a society we will become more tolerant, numb, and blinded to the types of research that can be done using unethical sources and even greater atrocities could occur and be tolerated. God help us if a treatment is ever discovered using tissue from aborted children. Treating disease using fetal tissues would become a farming industry for babies.

Sander Lee: I am a Christian, with a deep belief in our Creator and compassion for all stages of life, from conception until natural death. Every child is a precious gift from God. My husband and I are blessed with an amazing son, but have also struggled with unexplained infertility and experienced the pain of losing three children during pregnancy. It is through these painful experiences that my faith was deepened and I found peace in the Psalms, reminding me that God’s hand forms every child, that every child is beautiful, and that all His works are good. As Psalm 139 states: “For you created my inmost being; you knit me together in my mother’s womb. I praise you because I am fearfully and wonderfully made; your works are wonderful, I know that full well. My frame was not hidden from you when I was made in the secret place. When I was woven together in the depths of the earth, your eyes saw my unformed body. All the days ordained for me were written in your book before one of them came to be.” So, I am passionate about life, because God is passionate about every life He creates in His image.

I also have two adopted brothers. I thank God for their mothers who chose life for their child, even through all the difficulties and pain of an unplanned pregnancy. God gave them the strength to do an incredibly self-less act—to give hope and a future to their child and multiple generations.

I have always been drawn toward science and medical research that benefits children at all stages in life. My beliefs and scientific training were put into action when Assembly Bill 305 was introduced in Wisconsin in 2015, which would prohibit the use of aborted fetal body parts for research. Most of my colleagues in the scientific community were (and still are) against legislation such as this, because they believe fetal tissue is “needed” for research. The Holy Spirit lit a fire in my soul and I was compelled, both as a scientist and Christian, to serve as a voice for the preborn and create awareness as to why the use of abortion-derived tissue is unethical and not necessary. We must never lose sight of the fact that God is sovereign and every life is sacred. Destroying what He creates, outside of His will, is a violation against the preborn and contradicts God’s divine purpose. 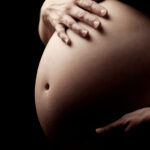