America: A Global Outlier for Its Ultra-Permissive Abortion Policy 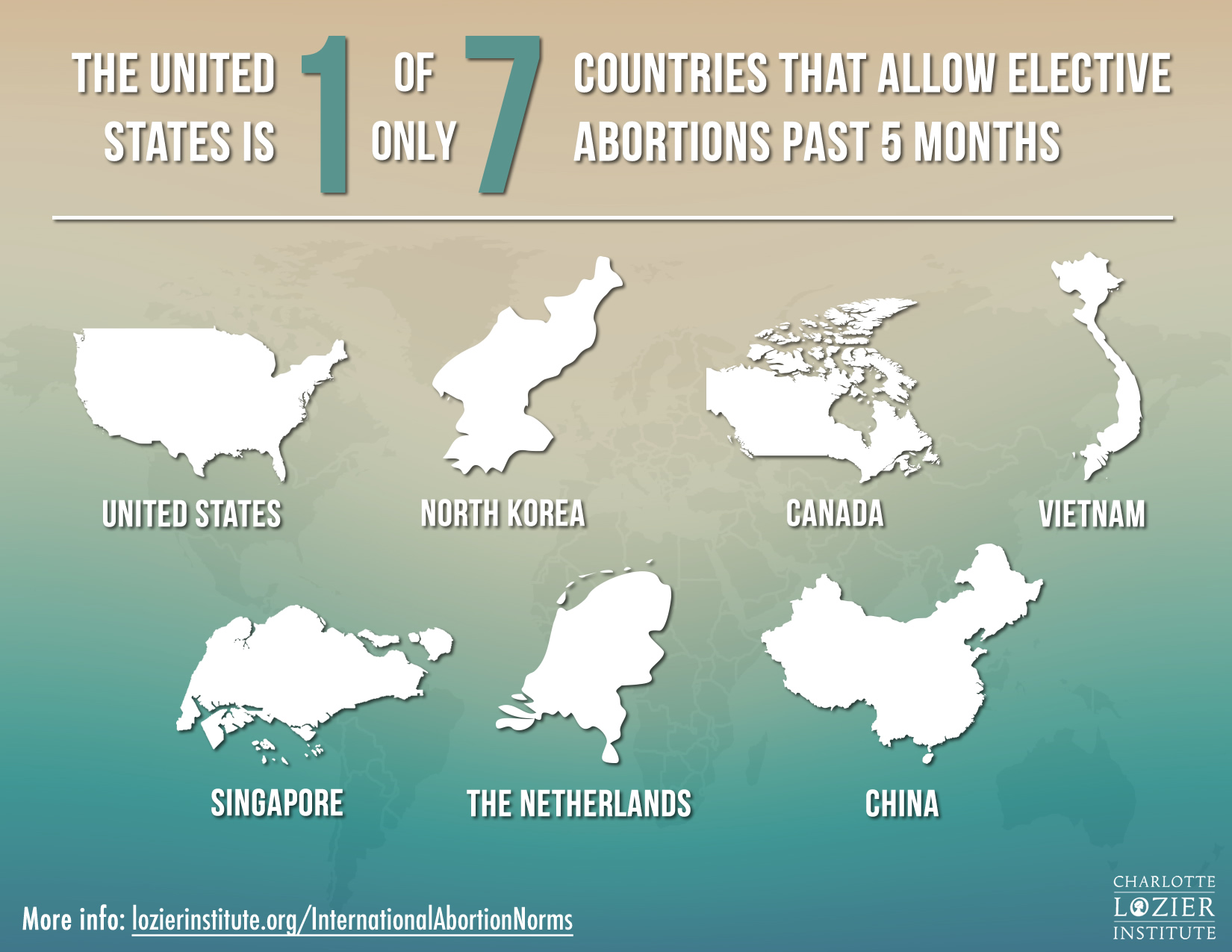 Recently, the Atlantic published an article entitled “Why America is a Global Outlier on Abortion.” The author, Olga Khazan, wrote that the United States stands apart from the rest of the developed world due to restrictions to public funding of abortion.

Ms. Khazan reports on a study published last week in the journal Contraception entitled “Public funding for abortion where broadly legal.” The study examined 80 countries with liberal abortion policies and categorized them based on their funding policies, to compare the level of financial support each government provided for abortions. The categories include those countries which provide full federal funding for abortion (provided for free at government facilities, covered under state-funded health insurance); partial funding; funding for exceptional cases (which typically includes rape/incest/fetal abnormality, as well as cases where the health or life of the mother is at risk); and those countries which provide no public funding abortion.

The United States provides federal funding for abortion only in exceptional cases. Ms. Khazan’s article points out that in the U.S., Medicaid can only go towards abortion procedures in cases where the pregnancy is a result of rape or incest or when it has been determined that the pregnancy puts the woman’s life at risk. According to Ms. Khazan, this level of abortion funding puts the United States in the company of just ten other countries including Belarus, Bahrain, and Kyrgyzstan. Eleven countries surveyed provide no abortion funding.

The implication of this reports seems to be that due to the lack of federal dollars provided for abortion in the U.S., the United States is out of the mainstream and has fallen behind many of our more progressive neighbors.

This accounting does not seem to recognize the incredible amount of federal dollars that do subsidize abortion despite the fact that that is expressly prohibited by the Hyde Amendment. The Hyde Amendment is the legislative provision that prohibits use of federal funds for abortion. While the article mentions that some states fund abortion, it fails to highlight the fact that through Obamacare, federal funds subsidize abortion by forcing taxpayers to pay an abortion surcharge on the federal exchanges even if their own state has opted out of the exchange. Additionally, federal funding supports abortion businesses such as Planned Parenthood which received $528.4 million in U.S. government funds in 2014 and has performed nearly 1 million abortions over the last three years.

This has all continued despite the fact that the majority of Americans do not support the current abortion policies in the U.S. In fact, despite 51% of Americans identifying as pro-choice, 78% of those same Americans support the implementation of substantial restrictions on abortion, including limiting abortion to the first three months of pregnancy.

Americans have a right to object to their hard-earned dollars being used to support what so many recognize as an egregious violation of human rights against the most vulnerable people—the unborn.  They have the right to fight against funding the abortion culture, which has eliminated the lives of tens of millions of Americans, been used to cover the crimes of sex traffickers, and facilitated an ugly underground trade in unborn human body parts and organs.

America certainly is a global outlier on abortion. But the United States is an outlier because of its ultra-permissive abortion policies, which make it one of only seven countries in the world that allows for unrestricted, elective abortions after 20 weeks gestation. In this category we shamefully stand with countries such as China and North Korea.

There are many ways in which the United States could improve its abortion policies, including passing laws which reflect the peoples’ convictions on life. However, refusing to provide even more funding for abortion means the U.S. has not fallen behind but is, instead, ahead of the curve.

Nora Sullivan, MPA, is an associate scholar of the Charlotte Lozier Institute.