Q&A with the Scholars: Discussing Chronic Illness and End-of-Life Care

Katherine Rafferty, Ph.D., M.A., is a lecturer at Iowa State University and previously worked as a Health Communication Specialist for 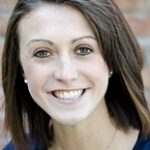 Proposal to Expand Euthanasia in the Netherlands

In 2002, the Netherlands became the first country in the world to decriminalize euthanasia and physician-assisted suicide (PAS) for patients On October 5, the District of Columbia’s Committee on Health and Human Services (HHS) will mark-up and vote on a A Time for Choosing in Colorado

Give Me Liberty and Give Me Death?

Death by euthanasia and physician-assisted suicide is primed to take off in Canada, as Parliament passed Bill C-14 on June

According to the annual report from Oregon’s Public Health Division released in February, 132 people died from assisted suicide in Already this year, at least eight states are considering bills to legalize physician-assisted suicide. Of these, Colorado, Maryland, and Utah have renamed their bills, formerly titled “Death with Dignity,” as “End of Life Options” bills – the name under which California legalized assisted suicide last October. Yet, the deceptive title, which now eliminates all reference to death, seemingly seeks both to legalize and normalize assisted suicide as “just another medical option.” A new study published last week in JAMA Psychiatry, however, raises afresh ongoing concerns with assisted suicide, especially as it relates to those with mental illness or distress.