The Science and Politics of Cloning: What the News Was All About 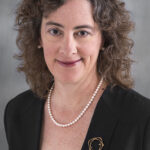 Download PDF here: On Point- Science and Politics of Cloning- Condic- May 2013

This month, researchers at the Oregon Health and Science University published a ground-breaking paper describing the derivation of human stem cells from cloned human embryos.  Despite the minor irregularities that were discovered in the figures (the paper had been rushed to publication after a mere four days of review), the work represents a significant scientific achievement, for the first time presenting credible evidence that human beings have been cloned.

There has been a surprising lack of uproar over this result, perhaps in part due to the less-than- frank reporting of what the researchers actually accomplished.  Nature referenced the controversial result somewhat obliquely, stating, “Human stem cells created by cloning.”  The Scientist was even more misleading, casting the result as an improvement on cellular reprogramming by saying, “New Stem Cells on the Block: By reprogramming human fibroblasts into pluripotent stem cells with somatic cell nuclear transfer, scientists have come up with a viable alternative to iPSCs [induced pluripotent stem cells].”  The popular news media followed suit, with Reuters, CBS News, Fox News and Businessweek all announcing that scientists had produced human stem cells from human skin cells by cloning, conveniently ignoring the human embryos that existed briefly in between.

Let’s be clear:  Cloning is cloning.  This paper reports the generation of cloned human embryos, human beings at the earliest stages of life.  The researchers used a total of 380 human eggs from at least 10 paid female donors to generate cloned embryos, 68 of which survived the seven days required to reach the blastocyst stage of development, before being destroyed to produce human stem cell lines.  It is impossible to know how many of the clones produced were healthy human embryos.  From the poor survival rate of the clones to seven days and the generally poor success for cloning other animals, it seems likely that many of the cells produced by cloning were defective in critical ways.  But in the worst case scenario, 380 embryonic human beings gave their lives for the 18 stem cell lines this work generated.

Which stem cells are the best for research and for medical therapies?

Some scientists will undoubtedly argue that cloning is a necessary alternative to induced pluripotent stem cells (iPSCs) produced by reprogramming.  Many commentators have been quick to point out that there are differences between iPSCs and embryonic stem cells (ESCs).  And they are at least partially correct.  Multiple groups have reported subtle differences between iPS and ES cells.[i]  In contrast, others have found that the two cell types differ only slightly or are essentially “indistinguishable.”[ii]  Comparisons of stem cell lines produced in multiple labs have concluded that differences between laboratory protocols, not between the cells themselves, are  responsible for much of the variation observed between iPSCs and ESCs.[iii]  The bottom line appears to be that iPSCs are roughly as different from ESCs as different ESC lines are from each other, and that better standardization of protocols for generating and culturing pluripotent stem cells would reduce this variation considerably.

Debate over the subtle differences between iPSCs and ESCs tends to obscure the well- documented abnormalities of ESCs themselves.  ESCs are often referred to as the “gold standard” of pluripotency, yet this moniker grossly misrepresents the actual properties of ESCs.  It is inarguably clear that ESC lines are abnormal compared to cells found within the inner cell mass of intact embryos.[iv]  Multiple studies have concluded that ESC lines are quite variable, with many having ‘restricted’ potency and/or strong developmental biases.[v]  Moreover, ESCs have repeatedly been shown to be genetically and epigenetically unstable, accumulating mutations that convert them into cancer cells.[vi]  The same is also likely to be true for iPSCs,[vii] although perhaps to a lesser extent.  In light of the evidence, it is hard to see the ESC “gold standard” as anything other than seriously tarnished.

In addition to the concerns regarding variable potency, unnatural epigenetic state and proclivity to accumulate mutations, ESCs are also “foreign” tissue that would be rejected by the immune system if transplanted to an adult patient.  Consequently, most scientists agree that “autologous” or patient-matched stem cells would be preferable for therapeutic treatments.  The two ways of obtaining patient-matched pluripotent stem cells are reprogramming and cloning.  Thus, it is most appropriate to compare iPSCs to ESCs derived from nuclear transfer (NT-ESCs).  And it is clear that NT-ESCs are at least as problematic for therapeutic applications as both iPSCs and ESCs, if not more so.

It is entirely undisputed that live-born cloned animals are epigenetically abnormal.[viii]  These abnormalities do not arise as a consequence of gestational irregularities, but are seen at early embryonic stages.[ix]  And direct examination of NT-ESC lines shows that, like the embryos they are derived from, cloned ESCs are also clearly “abnormal” when compared to ESCs derived from fertilization.[x]  Specifically, NT-ESCs carry epigenetic “memory” of the adult cells from which they are derived.[xi]  The same kind of “bias” (i.e., a restriction in potency) is also seen in iPSCs,[xii] and (as noted above at 5) in ESCs derived from fertilization, albeit to a lesser extent than either iPSCs or NT-ESCs.

In conclusion, all pluripotent stem cell types, (ESCs, iPSCs and NT-ESCs) are abnormal, laboratory-created cells.  They all differ significantly from cells found in intact embryos, and they differ in subtle ways from each other, as well.  They are all prone to genetic instability, accumulating mutations that convert them to cancer cells.  While iPSCs and NT-ESCs are “patient matched,” thereby avoiding the significant complications of immune rejection, both of these cell types carry epigenetic “memory” of the tissue from which they were derived that limits their pluripotency.  Yet in some cases, even ESCs derived from fertilization exhibit poorly understood restrictions in potency that bias them to produce only specific derivatives.  There is not a perfect cell type in the bunch.

Which stem cells should we pursue?

Given the compromises and risks associated with all pluripotent stem cell lines, is it possible to decide which route to pursue, or must research go forward on all fronts until a clear winner emerges?  The problems that have already been identified with all three types of pluripotent stem cells are fundamental (i.e., unlikely to be resolved by simple improvements in technology or more research) and of roughly equal magnitude for ESCs, iPSCs and NT-ESCs.  Any superiority that emerges is likely to involve subtle advantages for specific applications, rather than a clear advantage overall.

In contrast to the equally compromised scientific credentials of all pluripotent cell types, one contestant emerges as the clear victor on the field of ethics.  Induced pluripotent stem cells do not require the production and subsequent destruction of human embryos.  They do not require the exploitation of women to obtain eggs.  They would not compromise patient health and safety by immune incompatibility.  This does not make iPSCs “ideal,” by any means, but it makes them ethically superior to either conventional or cloned ESCs.

iPSCs are also clear victors on a technical front.  Reprogramming is a relatively simple procedure.  It does not require researchers to have specialized training or an established relationship with an obstetrics practice to obtain human eggs and embryos.  Scientifically, reprogramming offers a large number of technical advantages that allow researchers to have greater control of the reprogramming process, compared to human cloning.  Because of these desirable features, iPS technology has advanced at a phenomenal pace (see Figure 1).  Indeed, since the advent of reprogramming, the number of papers reporting on research using ESCs exclusively has remained flat, while the number of papers using iPS technology has increased a thousandfold.  Researchers are voting with their feet.  And increasingly, their footsteps are turning to cellular reprogramming as the way forward for pluripotent stem cell research.

Which brings us back to the question of why the news of human cloning was so anticlimactic.  It may well be that the public has simply accepted the concept of therapeutic cloning.  Or that the reporting of this result was so oblique, the public simply didn’t catch on.  But the notably faint praise that greeted this result from the scientific community may also reflect the fact that the field has already moved on.  As one leading stem cell researcher said, “Given the difficulty of obtaining human oocytes, and the controversial nature of the research, embryonic stem cells aren’t likely to ever be the preferred tool of regenerative medicine.”  And that would be even more so the case for cloned human embryonic stem cells.

Figure 1.  (A) Mouse embryonic stem cells  (ESCs) were described in 1981, with human ESCs isolated in 1998.  The Bush administration funding policy announced in 2001, that for the first time allowed the use of federal funds for human embryonic stem cell research, was associated with a rapid increase in the number of publications in this field.

(B) After reaching a peak in 2008, the number of publications exclusively involving ESCs (animal and human; not iPSCs) has been flat or slightly declining, while the number of papers involving iPSCs has increased a thousandfold since they were first described in 2006.

Maureen L. Condic, Ph.D.  is an Associate Professor of Neurobiology and Anatomy at the University of Utah and an associate scholar with the Charlotte Lozier Institute.

Plan B: Abortifacient and Other Risks